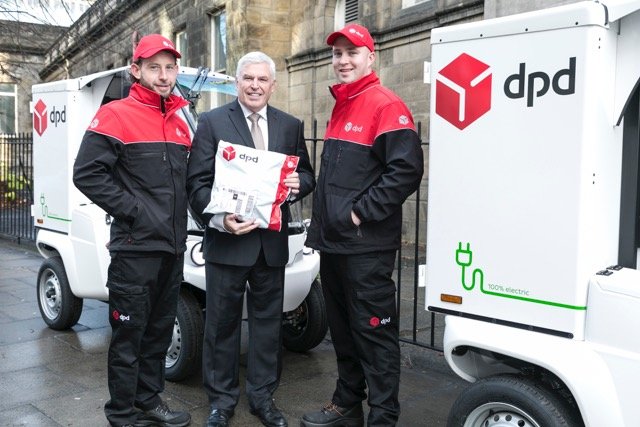 DPD Ireland, the country’s largest parcel delivery company got even busier during the Coronavirus Lockdown averaged 730,000 parcel deliveries per week during May and June. The company reported that many weeks saw double the number of deliveries compared to the same week last year. The first week of June saw the company record 787,151 deliveries, up from 387,017 the same week last year, an increase of more than 100%.

While the online sales of certain items such as electrical goods and garden items dropped with the reopening of stores, others continued to increase according to DPD Ireland Chief Executive Des Travers.

He said that DPD Ireland saw strong declines of 70-80% in the delivery of electrical goods and similar in garden accessories and tools in July as compared to the previous April/May period. This was partly down to the store re-opening and partly seasonal. As gyms re-opened and people were allowed to practice sports in groups again, deliveries of sports equipment dropped but clothing and sportswear volumes were still significantly higher than the same period last year with an increase of 45%.

Online clothing, particularly clothing for events, saw an increase of up to threefold so far in July as compared to previous months. This would appear to be as a result of the reopening of restaurants and opportunities for people to socialise in larger groups, as well as events like Confirmations and Communions now being scheduled to take place during the summer.  As pubs and restaurants prepared to open again, DPD also saw a doubling in deliveries from the sector supplying equipment to pubs and restaurants.

Home furnishings also saw an increase with deliveries of interior decoration products rising by between 20%.

The company reported a 112% increase in parcel deliveries in Kildare during May 2020 compared to May 2019. Meath was up 100% and Wicklow rose by 107%. Areas of Dublin outside the city centre saw increases up to 130% in May, compared to the same month last year.

Des mentioned that the change to remote working means lots of deliveries are going to home addresses versus workplaces, which may account for some of the volume increases in suburban areas of Dublin and the adjoining counties. He said the pandemic has made the customer relationship with the parcel delivery driver more pronounced than ever before. “The COVID-19 period has seen the growth of a new kind of relationship between the recipient and the driver. The drivers are a much more regular visitor to the consumer’s home address and this is evident across our social media platforms, with mentions for our drivers on Instagram and TikTok.”

Over the next few months the company will further develop its network in Ireland. “There will be 8 depots in Dublin, as opposed to 6, and we will be operating 2 locations out of Cork.”

While the DPD driver has become a much more frequent visitor to people’s homes over the last number of months, many consumers are making really special efforts to show their appreciation. Drivers have received handwritten cards, sweets, chocolates, ice creams on hot days and even freshly baked cakes. For many during the Lockdown period, the driver was a lifeline when many retail outlets were closed. And despite the re-opening, many consumers found the online offerings of many stores so straightforward and simple that they will continue to use this option rather than return to the more traditional way of purchasing.