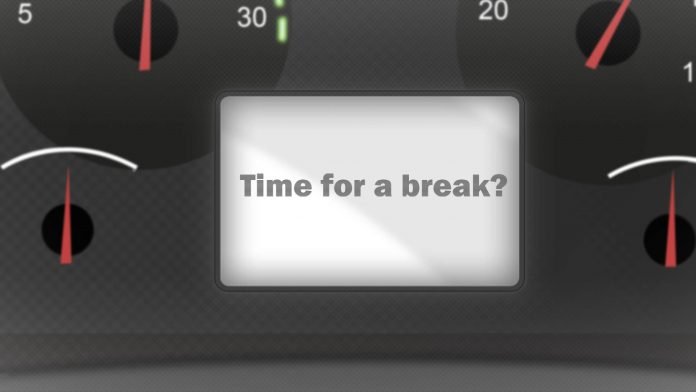 24% drove when they were so tired, they had trouble keeping their eyes open*

Prevalence of fatigued driving in Ireland higher than European average

Driver fatigue, as a key contributor to deaths and serious injuries on Irish roads, is the theme of the Road Safety Authority’s (RSA) Annual Academic Lecture, held online.

The results of a major international study conducted in 2018, called the E-Survey of Road Users’ Attitudes (ESRA), which were presented at the online lecture, showed that a quarter of drivers in Ireland (23.9%) said they had driven at least once, over the previous month, when they were so tired that they had trouble keeping their eyes open. This is higher than the European average (20% of drivers).

A similar national study of Driver Attitudes & Behaviour, conducted in Ireland by the RSA last year, further demonstrated that driver fatigue is a major problem on Ireland’s roads, as 16% of the 1,000 motorists surveyed confirmed the more serious fact that they had ever fallen asleep or nodded off while driving.

Minister of State at the Department of Transport, Tourism and Sport, Hildegarde Naughton said: “The findings of the ESRA study showed a very worrying prevalence of driver fatigue in Ireland, even more worrying when you compare it to the European average. We know that driving while fatigued significantly increases your risk of being involved in a road traffic collision. Just as you wouldn’t get behind the wheel of a car while intoxicated, don’t drive if you are fatigued. Health experts have been proclaiming the importance of sleep for many years but in the case of road safety, a good night’s sleep might just save your life.”

Liz O’Donnell, Chairperson of the RSA said: “Fatigue is estimated to be a contributory factor in a staggering one in five driver fatalities on Irish roads. That’s a statistic that is sure to jolt you awake and demonstrates why driver fatigue is often referred to as ‘the silent killer’. The advice for drivers suffering from fatigue and who find themselves fighting sleep at the wheel is simple. Stop, Sip, Sleep. Pull over safely, drink a caffeinated drink and take a 15-20 minute nap. By the time you restart your journey, the caffeine should have taken effect and you should be able to safely drive for another hour or so. However, you just can’t fight fatigue. The only cure for driver fatigue is sleep.”

Studies have shown that the groups most at risk from driver fatigue are young men, people working night shifts, those who drive for a living such as truck and taxi drivers, and people with sleep disorders, such as sleep apnoea.

Professor Walter McNicholas said: “Those suffering from sleep disorders such as sleep apnoea and insomnia are at a higher risk of falling asleep while driving. Obstructive sleep apnoea (OSA) is a disorder that affects 5-10% of the adult population and is the most prevalent sleep disorder causing daytime sleepiness. Patients with OSA are up to 7 times more likely to have a road traffic collision than the general population as a result of sleepiness. The European Commission has specified that patients suffering from sleep apnoea associated with sleepiness should not drive until effectively treated; there are effective treatment programmes available and I would urge sufferers to take steps to address this.”

There are common characteristics of fatigue-related collisions:
They tend to occur after midnight and in the mid-afternoon, which correspond with the 2 circadian (body clock) periods of sleepiness and lowered performance
They often involve a single vehicle leaving the roadway
They occur more often on high speed roads
Tired drivers are less likely to take evasive action to avoid crashes
Tired drivers are usually alone in their vehicle

The RSA is seeking support for its national drive to save lives during Irish Road Safety Week (IRSW), which takes place from Monday 5 October to Sunday 11 October with numerous road safety activities planned nationwide. The RSA will be working with the Applegreen chain of service stations on the Driver Reviver campaign, providing free cups of coffee to motorists this coming October Bank Holiday. The campaign, which has been running for three years, is specifically aimed at those holiday periods when people are typically driving longer distances, often on straight open roads such as motorways where fatigue crashes are more likely to occur. Selected Applegreen forecourts will be providing free cups of coffee to drivers between 2pm and 8pm on Friday and Monday of the Bank Holiday weekend.