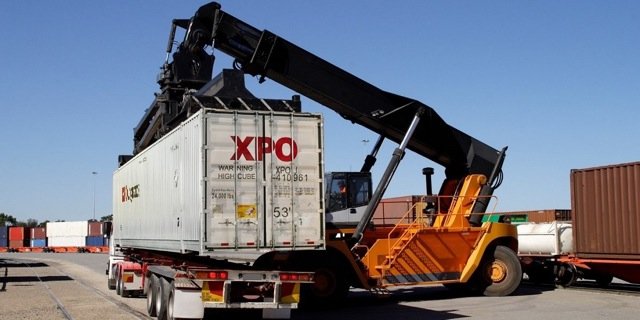 Tim Casterton, logistics and rail contributor, having read last week’s article about the HGV driver shortage, has penned a response as featured below:

A shortage of HGV drivers hitting the supply chain would seem to be a universal issue in both Ireland and the UK. It’s not helped by a number of drivers at any time having to isolate due to Covid-19.

It is rather ironic that coinciding with the shortage of truck drivers that Dublin Port shut out the IWT trains from Mayo, each train saving at least 18 HGV movements on the roads – thankfully the issue is partly (but not fully) resolved now with five trains per week in each direction now operating. A new intermodal rail freight service from Mayo to Waterford to be operated for multi-national company XPO Logistics was also due to commence in June, but the start was delayed with the latest expected date being 29th of September.

It would seem that use of rail would help the supply chain in Ireland as a single train presently takes 18 intermodal containers, but there seems to be little incentive for logistics companies to switch modes and whilst Minister Eamon Ryan talks of using rail, he doesn’t seem to be funding the new modern rail wagons needed to operate more services. Iarnród Éireann ran trials for operating longer trains a few years back, however despite being heralded a success, no commercial longer freight trains have been implemented yet. Whilst partial solutions for the HGV driver shortage are evident by using rail, the implementation seems to be extremely lethargic and ‘mañana’ seems to be the order of the day. Would you not think that the Government could see the advantages and place an order for around 150 new modern air braked intermodal freight wagons via one of the EU based leasing companies without delay? Leasing is the modern way of ‘doing freight wagons’ and spreads the cost over around 10 years or so. Rail would also help reduce Ireland’s carbon footprint – something that Minister Ryan’s ‘Green Party’ is very keen to do. .

It does seem that the retailers and Government of Ireland would rather suffer a broken supply chain than look to the obvious solution!