Home Breaking News Dynamo to the Maxus! Raises the roof on the eD3! 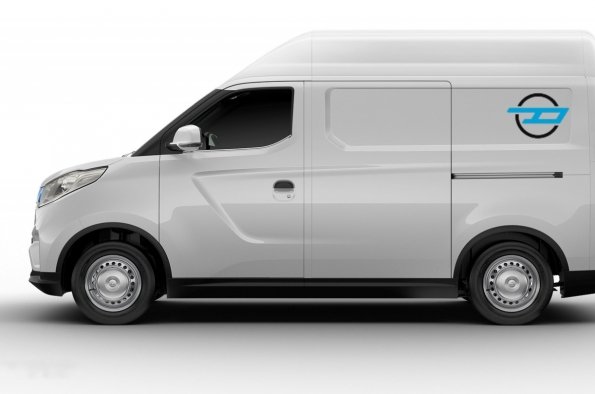 Dynamo Motor Company has released drawings and intentions for its all-new, all-electric last mile delivery van conversion that will be added to its zero emission line-up alongside its popular production Dynamo Taxi conversion. Aiming to solve the problem of city traffic and in turn pollution, Dynamo Motor Company has devised a clever conversion to take a short wheelbase (SWB) e Deliver 3 Maxus van and raise the roof height and lengthen the rear doors so that it has that has the same cargo capacity (in m3) as a long wheelbase (LWB) van. The conversion also provides 6 m3 capacity, up from the base van’s 4.8 m3 capacity with a total payload capacity of 860 kg.

With a mission to change the growing mobility issues of traffic and pollution in major cities, Dynamo Motor Company’s conversion engineering team has turned its attention to vans and in particular their part in last mile deliveries. The creator of the Dynamo Taxi, the world’s first and only all-electric Black Cab, has now released its conversion vision for vans – designed to take up less space on the roads in a bid to create more efficient deliveries.

Created with smart conversion engineering and manufacturing at its heart, Dynamo Motor Company has reimagined the Maxus e Deliver 3 van to have a taller roof in a bid to help drivers / couriers deliver a more diverse range of products such as bulky items. With a payload of 860 kg and cargo capacity of 6 m3 capacity (up from the base Maxus e Deliver 3 van’s 4.8 m3 capacity) as a long wheelbase van equivalent but in smaller vehicle length, the conversion also adds taller rear doors to make ingress and egress easier for delivery drivers. Measuring 4,555 mm long, 1,780 mm wide and 2,245 mm tall (up from the original Maxus van’s 1,895 mm height), Dynamo Motor Company’s van conversion fits in all standard parking bays.

Smaller and easier to use by drivers due to its more manoeuvrable size, which combined with extended rear doors that make access and loading easier, the Dynamo Motor Company van conversion will also be powered by electricity, making it zero emission. Costs for the conversion service of the Maxus e Deliver 3 is projected to be approx. £4,995 (exc. VAT). Drivers can charge the 52.5 kWh version of the e Deliver 3, capable of over 150 miles of real world city driving range, reaching 80% charge in 45 minutes on a rapid charger and a full charge at home would take around seven hours.

Brendan O’Toole, founder of Dynamo Motor Company explained: “As a company manufacturing clever, zero emission vehicles, our focus has always been how we can help lower our carbon footprint, which is why we developed the Dynamo Taxi, the world’s first all-electric Black Cab. However, over the last few years we have seen an increase in inner city pollution and congestion, and we wanted to develop an additional product to our all-electric line-up that would assist in this.

“When we began our research into our next project, we could see a clear demand for last mile delivery vans in cities across the UK. With a focus on energy efficiency at the forefront of our values, we saw a way that we could help ease congestion. With one small change to the height of the Maxus e Deliver 3 we were able to dramatically change the way it can be used by delivery drivers, to increase the overall load space by 20% through our own conversion engineering and design.”

Brian Bachelor, managing director of E-Van Guru, appointed sales and distribution partner, commented: “Most companies are now ready to accelerate their transition to an all-electric fleet, however, finding a cost-effective electric vehicle that meets their needs can be a challenge, with range, payload and cubic capacity. The new Dynamo van conversion with its city range of over 150 miles, 860 kg payload, 6 m3 capacity and full heigh rear doors, is a genuine alternative to the current market-leading diesel alternatives.”

Steve Evans, CEO of XeroE, a longstanding customer of Dynamo Motor Company said: “We are delighted with the news of the new van from Dynamo Motor Company. Our fleet is ever expanding as we grow our zero emission city-based deliveries across Britain and look forward to taking delivery of the 100% electric vans in 2022 and beyond.”

As the world’s only manufacturer of an all-electric Black Cab – the Dynamo Taxi – the company has big plans for continued growth in both the job market and manufacturing in the UK. Last month it announced its five-year plan to employ a further 275 people (total team of 300) to its team based in Coventry, as well as its aim to convert 10,000 vehicles a year by 2026 and add two new mobility solutions in that same period. This expansion is predominantly through public funding, mostly through Seedrs, a public fundraising platform. The overall investment target is £2,000,000, however, within the first week of fundraising Dynamo Motor Company reached £1,650,000 of that investment. 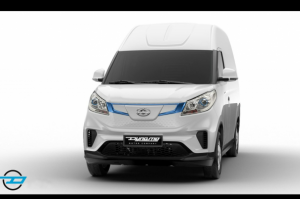