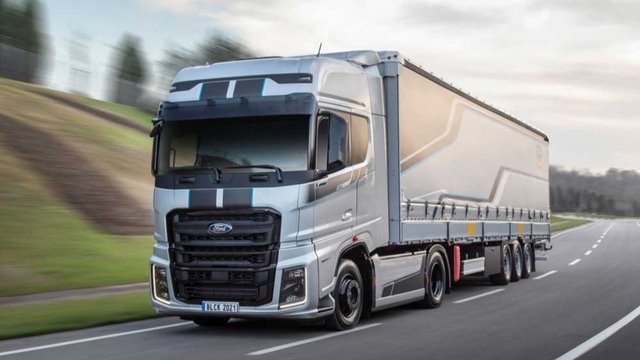 After weak trailer demand in 2020 caused by Covid-19 there was a 42% increase in trailer registrations in the East European region in 2021, helped by huge growth in Poland and Turkey in particular. In percentage terms growth in 2021 varied from 6% in Russia to 112% in Lithuania and therefore positive in every country.

Looking forward, 2022 will see a 14% fall in trailer demand in the region and in 2023 a further 10% decline due to the continuing war in Ukraine, the energy crisis, inflation and of course a lack of business confidence which will delay investment in transport equipment.

However, the short term outlook is anything but positive. Although the level of trailer demand will exceed the March forecast for 2022 by some margin, due almost entirely to a revival in Turkey, the prognosis for the 2023-2026 period has been downgraded in every year, in particular within Russia.

Russia, the largest trailer market in Eastern Europe until 2010, suffered a 50% fall in demand between 2011 and 2015, but had an astonishing recovery in 2017/18 and was the largest market once again in 2019-20. Turkish demand reached a new low in 2019 but recovery is already well established, though it will remain in second place behind Poland until the end of the forecast period.

Whereas the demand for road transport (measured in tonne-km) in Western Europe has yet to recover to the levels that were typical before the 2009 recession, in Eastern Europe both domestic and international road transport demand has continued to grow every year. Every year that is until 2018 when growth stalled. Slowdowns in Bulgaria, Czechia, Estonia, Poland and Hungary were enough to halt the growth which had been continuous since 2000. There was some 5.6% growth in demand in 2019 but this was mostly due to international activity in Poland and Lithuania. There was further growth of 3.2% and 7.7% in 2020 and 2021 respectively.

Gary Beecroft, Managing Director of CLEAR International commented, “The Russian intervention in Ukraine will see its trailer market fall back to the levels last seen after the occupation of Crimea in 2014. The sanctions imposed on Russia (again) are having a real effect. In contrast Poland, Turkey and Lithuania will have strong markets in the post-covid forecast period.”