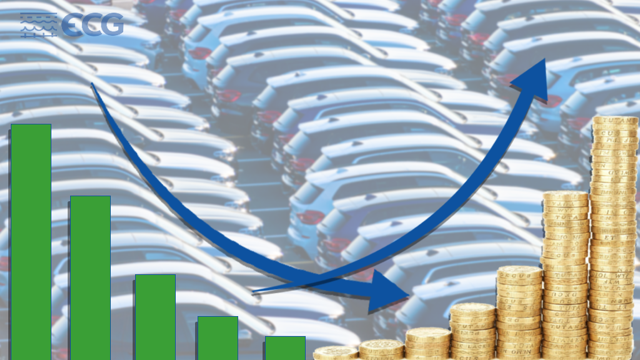 The automotive transport industry continues to face an unprecedent crisis as rising costs wipe out profit margins and capacity has reduced significantly when volumes fell. Many costs the industry faces, such as driver wages and the raw materials needed for ships, trucks and rail wagons, are rising far faster than the, already high, headline inflation rates. Fixed contracts, that make no allowance for these exceptional circumstances, have left carriers losing money on every car carried and investment in assets has all but dried up. The industry which was hard hit first by Covid and then by the impact of material shortages in the automotive sector, is now hoping for a market recovery but is unable to reinvest.

In the maritime sector the time charter rates for Pure Car & Truck Carriers (PCTCs) have tripled in little over a year in a sure sign of a capacity squeeze that shows no sign of abating. Looking ahead the very low order book for new vessels indicates that rates will only go higher as recovering volumes will make the lack of capacity, already restricted by new regulations, even more critical.

The road transport sector is experiencing very long lead times for new trucks but, even more worrying, has no-one to drive them! The long-term driver shortage, a global issue, has become an existential problem for the FVL sector. With no cars to move many drivers have now found work in other sectors, and they will not return to what is one of the toughest jobs in the industry.

ECG, the Association of European Vehicle Logistics, recently surveyed its members to understand how capacity and costs have changed during the past two years. Specifically, this covered the years 2020/21. The findings of the survey reconfirm fears which were already expressed by ECG.

More than half of the members, operating across all modes of transport (road, shipping, barge and rail), reported that capacity decreased during the past two years. Furthermore, 91% of the respondents indicate that the main reason for these reductions is linked to material shortages (especially microchips) and the consequent volume reductions in the automotive sector rather than Covid and lockdowns.

Data gathered from the survey shows that trucking companies and shipping lines were especially hard hit. The weighted average reduction of capacity for the trucking companies who responded is 21%. This means that an estimated 1,200 trucks have disappeared from the industry, compared to two years ago, just amongst these carriers. As for shipping operators, the capacity decrease shows a weighted average of 6% with individual responses indicating reductions of between 2% and 50%.

When it comes to costs these have all increased significantly since January 2020. For shipping and barge companies fuel costs went up by 60%. Wages, especially for drivers, have increased hugely in many regions with some operators awarding 2 or even 3 pay rises in a year in an attempt to retain staff. Many raw materials, such as steel and copper, have also seen enormous rises in the period.

As the sector looks ahead to a hoped-for recovery in volumes operators, who have in many cases seen reserves wiped out, are questioning how they will invest in new capacity against a background of rising inflation and interest rates. For truck operators these fears are compounded by the fact that drivers who have left the sector to work elsewhere are unlikely ever to return.

Mike Sturgeon, Executive Director of ECG, said “Even after the financial crisis I did not hear such negative feedback from the industry as I hear today. Fortunately, even the automotive manufacturers are realising that capacity is no longer there to move  their vehicles and the industry now needs to work together to build a sustainable future.”