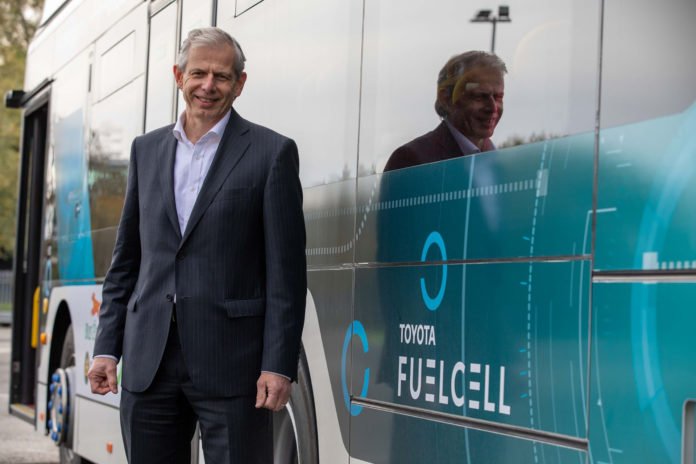 Mark Teevan is taking up a part time role and will be responsible for driving business development in Ireland. His appointment is timely following the EU Parliament’s recent decision to set targets for hydrogen refuelling stations to be accessible every 100 kilometres in Member States by 2028.

Mark previously held several senior management and board level positions, at Toyota Ireland including Director of Strategy, Innovation and Corporate Affairs, Commercial Director, and Managing Director of the Lexus business unit. During his tenure at Toyota Ireland, Mark led the formation of Hydrogen Mobility Ireland, an organisation dedicated to paving the way for the introduction of hydrogen powered transport in Ireland through engaging with business, government and academic stakeholders. He was the founding chair of the organization in 2019.

Dr Andrew Hagan, chief development officer, Element 2, said, “Element 2 will be the largest hydrogen refuelling business in Ireland. Mark’s knowledge of the Irish market, strong expertise in the transport sector, and C-suite experience will be instrumental in delivering our growth plans for Ireland.”

Mark Teevan added, “It’s very exciting to move from talking about the introduction of hydrogen powered transport to a role charged with delivering the reality. I look forward to engaging with many of the energy and transport industry businesses that are active in the drive to decarbonise the movement of goods and people. The timing couldn’t be better, as I’m joining Element2 at a moment in time when we are moving from theory to reality.”

Holly was previously Project Manager at NewYorker where she managed marketing projects, and Media Executive at a London-based media agency. She has an academic background in sustainable development and holds a MSc Environment and Sustainable Development from the University of Glasgow.

Holly Makin said, “I’m looking forward to applying my knowledge and passion for sustainable development to expanding the hydrogen refuelling network in Wales. Joining the Element 2 team is the perfect opportunity to play a part in the transition of the country’s road transport to clean energy.”

Dr Andrew Hagan added: “Holly’s combined knowledge of sustainable development and business development skills will be a great asset to our team. These two appointments allow us to increase our footprint and reach whilst further strengthening our commitment to sustainability. I’m looking forward to working with her as we scale the Element 2 network in the UK.”