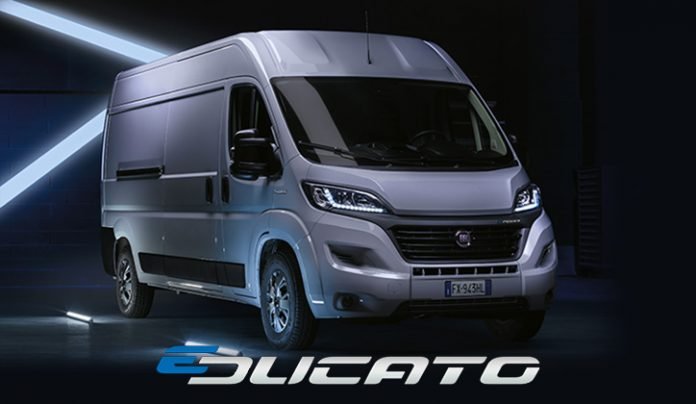 The new E-Ducato is the only light commercial vehicle on the market featuring an innovative battery architecture that further boosts the already renowned reliability of the Ducato LCV family.

Developed by Fiat Professional engineers, the fully electric van’s Recovery Mode is an industry-first feature that characterises the unique parallel batteries’ set-up. This technology allowsthe E-Ducato to continue the journey even if one of its battery modules drop out.

Working in contrast to how battery packs work in alternative electric LCVs, should one of the battery modules drop out in E-Ducato, then the other modules will automatically pick up the slack so drivers can continue their journey. This also ensures that drivers are not missing out on their working day.

The E-Ducato has three to five battery modules depending on the size of battery fitted. The 47kWh and 79kWh batteries both come with Recovery Mode as standard.

Connecting the batteries in parallel means that the current flow cannot stop because the current is taken from each individual battery.

Kickstarting the Fiat brand’s foray into 100 per cent electric vehicles, the E-Ducato has a range of between 113 and 230 miles (WLTP City**), depending on the variant. It is congestion charge and ULEZ-exempt, making it the perfect tool for businesses in both urban and suburban environments.

Like its internal combustion engine counterparts, E-Ducato receives a best-in-class payload of up to 1,950kg and maintains the same volumes of between 10m3 and 17m3 meaning there is an E-Ducato for every eventuality.