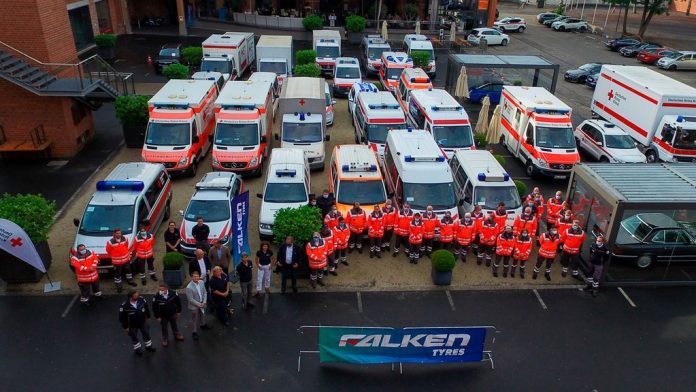 Falken and the Falken Partner Point-S Deutschland GmbH have equipped, free of charge, the stand-by vehicles of the DRK-Hochtaunus with new tyres to support its ongoing efforts against the corona crisis. Falken donated tyres to the ambulance service, that were then fitted to around 40 vehicles and trailers at the Point-S’ “Reifen Eyring” branch in Hochheim. As an expression of its thanks, the DRK visited the Klassikstadt Centre for Classic Cars in Frankfurt for a photo shoot with Falken.

Lorenz Bühler, purchasing manager at Point S Deutschland GmbH, which had previously given support to a non-profit organisation with 120 sets of new tyres was also on site. “As a firefighter I am well aware of the importance of volunteering at the social level,” explained Lorenz Bühler. He expressed his enjoyment of being able to help an organization like the German Red Cross in such a straightforward way, and of being able to contribute to the operational readiness of the vehicles by giving them roadworthy tyres.

Mark Henning, Director of the Emergency Team at the DRK District Association described the fundraising campaign to which so many people who helped out in the background were able to contribute by simply combining their personal and professional contacts in a network, as being an exceptionally unconventional form of voluntary work for which one could quite simply be grateful. The Managing Director of the DRK Axel Bangert emphasized the “extraordinary commitment from both the human and financial perspectives” which allowed the DRK emergency teams in Hochtaunus, which otherwise have to pay for the maintenance of the vehicles themselves, to be “brought up to the highest standards” once again.

Falken Tyres is one of the primery sponsors to Liverpool FC, newly crowned Premier League Champions. 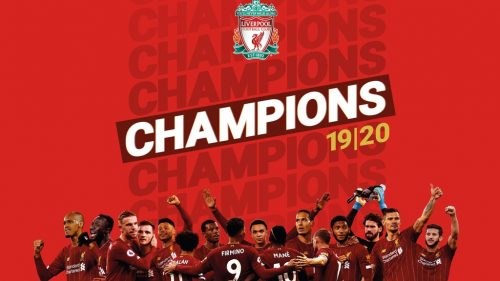