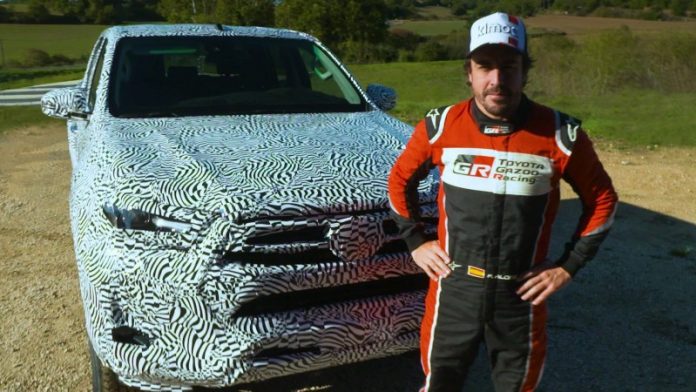 While training for the 2020 Dakar Rally last year in Spain, motorsport legends Fernando Alonso and Marc Coma were given a unique opportunity to test an early pre-production prototype of the new 2020 Toyota Hilux alongside the rally raid-spec TOYOTA GAZOO Racing Hilux which took the pair to the finish line of their first-ever attempt together at the Dakar Rally which is often considered as one of the toughest motorsport events in the world.

The latest iteration of the world’s favourite pick-up will feature a new and powerful 2.8-litre powertrain and new suspension geometry to continue to uphold the nameplate’s reputation of legendary Quality, Durability and Reliability.

Following the test on a challenging gravel and dirt special stage designed for rally cars, Fernando said: “The Hilux is an icon and I’ve always been a fan of this car. When I first saw the new Hilux, it looked spectacular. It was nice to test the new car in a difficult environment, on a rally stage, and to push it to the limits. The new 2.8-litre engine behaves really well and the new suspension feels great. Even if you push the Hilux to the limit, the comfort is still there. I think the new Hilux can be more invincible.”

The unique test drive was conducted in conjunction with the TOYOTA GAZOO Racing Dakar Rally Team in the spirit of TOYOTA GAZOO Racing’s core philosophy of “making ever-better cars” while Fernando, two-time Le Mans 24 Hours winner, reigning FIA World Endurance Championship title holder with TOYOTA GAZOO Racing, two-time Formula 1 World Champion, and winner of the 24 Hours of Daytona, and Marc, five-time Dakar Rally winner in the motorbike class and six-time FIM Cross-Country Rallies World Champion, continued their intensive training ahead of the 2020 Dakar Rally where the pair brought home their Toyota Hilux in a respectable 13th place overall in their first attempt together.