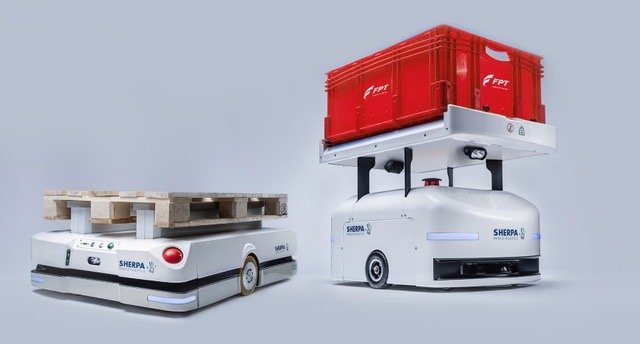 First unveiled in Turin (Italy) in October 2017 during the FPT Tech Day, the Cursor 13 Natural Gas engine, in little more than three years, has won the hearts and the profit-oriented minds of even the most natural gas-skeptical transport professionals, reaching an ever increasing popularity and record sales.

Currently the most powerful 100% Natural Gas engine available in the on-road segment and the first purely NG engine specially developed for long-haul operations, the Cursor 13 NG is produced at Bourbon-Lancy, the FPT Industrial plant located in the Burgundy region of France.

Established in 1902, the plant has been manufacturing Cursor range engines since 1998 and its current production includes C8, C9, C10, C11, C13 and C16 ranges for on-road, off-road, power generation and marine applications, with 77 technical types and over 5,700 options available. The plant has some 1,300 employees, making it the Region’s leading employer.

Besides its outstanding productive capacity and awarded quality, the facility achieved a World Class Manufacturing Silver Medal in 2010, the Bourbon-Lancy plant is well known in the Region for its commitment to sustainability, with a number of project focused on minimizing the impact of industrial activities and on protecting the biodiversity of the surrounding environment, making it the ideal home for the most successful natural gas-powered engines. The care for the local environment also extends to the local community, with a true commitment to the wellbeing and safety of all people living around the plant. During the first lockdown, for example, volunteers from the plant helped organizing patients arriving at the local hospital, while one of Bourbon-Lancy’s nurses was deployed at the same hospital in order to support the Covid- 19 emergency.

Leveraging FPT Industrial’s cutting-edge technologies and reliability, proven by more than 55,000 Natural Gas engines sold worldwide in the last 25 years, the Cursor 13 NG delivers power up to 460 hp @ 1,900 rpm and torque up to 2,000 Nm @ 1,100 rpm. Cursor 13 NG runs on 100% Natural Gas and is an easy-to-use solution for end-users, since it can run on both CNG (Compressed Natural Gas) and LNG (Liquefied Natural Gas). The biomethane solution is capable of reducing CO2 emission levels to near zero.

Thanks to stoichiometric combustion, the Cursor 13 NG complies with Euro VI Step C emission limits with a simple and easy-to-install three-way catalyst with no-EGR, no-SCR and no-DPF (regeneration free solution). The engine’s CO2 emission level is significantly lower (-9%) compared to Diesel and can reach near zero when using bio-methane. At the same time, Cursor 13 NG enables a 98% PM reduction and NOx emissions which are 48% lower when compared to Euro VI compliant Diesel engines. Furthermore, Natural Gas engines decrease noise pollution with a smoother and quieter engine combustion cycle, significantly reducing vehicle noise pollution during operation to less than 71 dB.

It is the employees at Bourbon-Lancy who deserve the credit for having reached the important milestone of the 10,000th Cursor 13 produced. This strong, highly skilled and cohesive team was also supported by a new and very innovative group of work companions: the Sherpa smart & mobile collaborative robots. The future industry 4.0 standard is embodied by these collaborative robots, produced by Sherpa Mobile Robotics, as they make transporting loads and material handling even easier. Furthermore, they streamline flows, save space and increase flexibility all along the entire production chain, as they can autonomously locate themselves in their working environment and have no dedicated trajectories.

The SHERPA-B models working at Bourbon-Lancy are dedicated to transporting containers, but they can also be used as a temporary base for some mounting operations. Being extremely agile thanks to their small size (950x600x650), they can load up to 200kg and move at a speed of up to 7 km/h. Their main role is to supply the various working stations along the production line in full safety, zeroing the risks of manually handling heavy parts and helping each worker concentrate exclusively on the task in hand.

“10,000 Cursor 13 NG engines is an incredible achievement”, says Luc Bernardini, Bourbon- Lancy Plant Manager. “But for me, is yet further confirmation of the excellence of our entire team and of the superiority of our products in enabling a safe and productive energy transition for all our customers. We are honoured by this goal and we are already looking forward to achieving the next ones.” 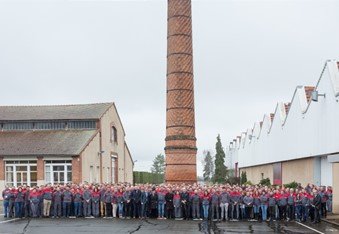