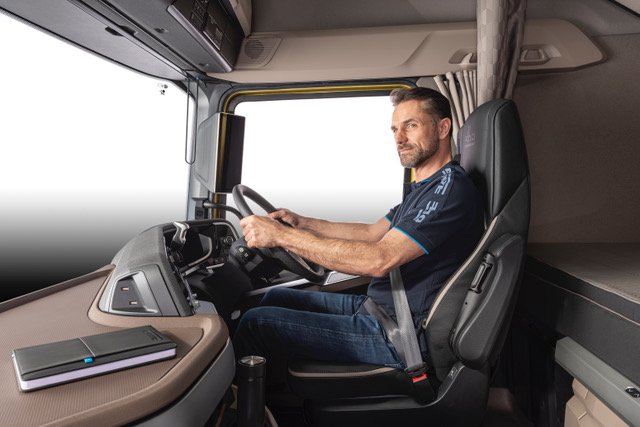 Nearly half of respondents (43%) said the thing they most liked about their job was the freedom of the open road; 22% said it was pride in delivering a vital service.

As for dislikes, for almost a third of drivers their least favourite aspect of professional driving was the lack of decent roadside facilities. Second on the dislikes list was “lack of respect for what we do”.

The question of what drivers wanted to do when they left school showed that 22% were in their perfect job – driving. One respondent said that he wanted to be a pirate and another “a coffin lid polisher”. As they say, it takes all sorts…

“Overall, I think our survey has come up with some really positive results,” stated Chris Chidley, Driver Hire’s Chief Executive.

“If we are to attract new blood into the industry, clearly there’s work to be done to improve facilities for drivers and in raising the industry’s profile as an essential service. A lot of drivers who responded clearly take a real pride in what they do – 41% saying they’d be interested in being an ambassador for the road transport industry, educating potential new recruits on the career possibilities it offers.”

Alison Merriman, on the books with Driver Hire Luton, said that she had always wanted to be a HGV driver and commented that she “loved everything” about the job. When asked about any improvements that could be made, she said facilities for female drivers. Providing advice for those thinking about a career as a HGV driver, she concluded that: “just be prepared for general driving issues. Learn to be patient, make sure you are always organised. No one is going to do it for you!”