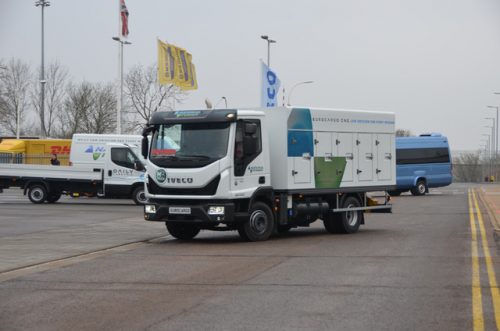 According to members of the Irish Exporters Association Multimodal/Transport Infrastructure Group, it is clear that over the coming two to three weeks significant issues are going to arise for exporters and importers. Resolving these will involve the active involvement of Carriers, Ports, Agents and Government regulatory Agencies.

Latest from around Europe

Borders: All borders are still open for trucks/goods.

This is due to the sudden drop of turnover (-85% from the start of epidemic) and relating to safety concerns.

The Italian Government is trying to find a solution, because filling stations play a crucial role in assuring that the logistic system works in a proper way. The situation is ‘fluid’, as everything in today’s Italy.

After relaxing the western border controls (with Germany) trucks flow is good. They don’t have to stop for temperature checks, or show documents. The big wave of citizens and foreigners, coming back from western part of Europe, disrupts the steady flow a bit because they have to be directed to quarantine and fill out some forms.

Instead, there are some problems on eastern borders (with EU borders) where a level of controlling is much higher.

So people and trucks have to wait several hours.

Transport companies are raising concerns about issues relating to the crisis, urging government to take strong measures for protection transport companies. They ask for such solutions such as tax delays, postponing leasing payments, and even immediate acceptance of so called “minimal truck driver wage”. Accordingly, hauliers associations are also calling for postponing the European Union Mobility Package, which is an added problem for road transport operators in the current situation.

Supporting the move to a carbon neutral economy by 2050 will...