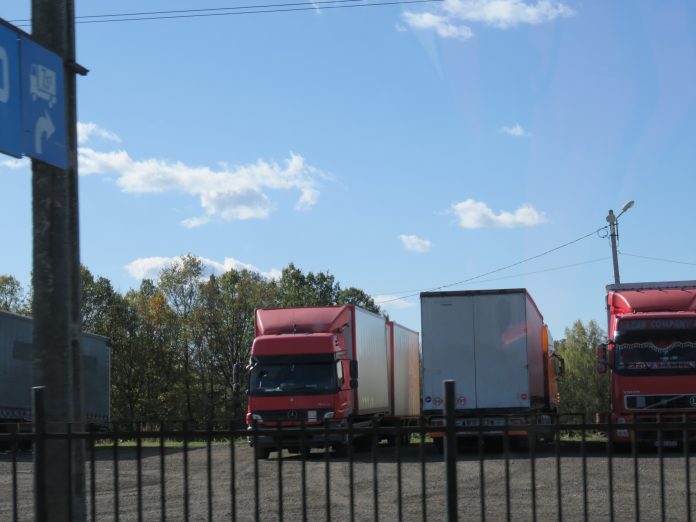 “It looks there is no more European Union”

Fleet Transport thought its network of associated and related publications across Europe is in a position to outline ongoing difficult situations regarding freight movements and restrictions across borders due to the COVID-19:

Since yesterday in Bulgaria announced a state of emergency – Only the supermarkets, bank and insurance branches as well as pharmacies are working. The borders officially are not closed but all the people coming from Italy, Spain, China, South Korea and Iran are put under mandatory 14-days quarantine. From 16 o’clock EET (one hour later than Central European Time) Romania is closing the borders points with Bulgaria.

For the time being the situation with the border with Greece is normal but from the Greek side there is already a queue of trucks. All transit trucks coming from so called risk countries – Italy, Span, Iran, South Korea and China, are escorted by the police. All other transits should be normal. At least this is the official information from the Ministry of Interior.

The traffic on the border with Turkey is intense.

The Czech Republic is closed down. Borders with Austria, Germany completely shut. With Poland and Slovakia will be the same way very soon. Shops are closed, restaurant, pubs, food courts etc. All cafes as well shops with electronics, foodstuffs, food for pets, post offices are open. The spreading of Coronavirus is officially considered as a crime with a jail penalty. The closing down of all big supermarkets will happen soon with the total quarantine of all Czech republic. Like in the war. Because the country wishes to keep the goods moving – road, rail, air and water transportation of goods is not affected by these restrictions. Trucks can move much more freely now because the restrictions on Sundays are lifted. But, as the Prime Minister said, “if these all restrictions will not work – the next ones will, stopping everything.

All borders closed in Denmark as well. Entry only for Danish citizens, trucks with goods or foreigners need a “worthy reason” to visit Denmark (such as visiting a seriously ill relative etc., or if they permanently live and/or work in Denmark). Rules of weekly rest are currently suspended, and all trucks can enter the “green zones” in the big cities.

The situation is becoming increasingly difficult. At the supermarkets, shelves from time to time are almost empty, all events, (over 500 people) are cancelled/banned. If the ship and ferry traffic stops, all shipments to and from Europe will cease. As you may know, Finland is like an island behind a sea voyage.

In France, it’s like everywhere: schools are closed for three weeks (children are quite happy…), all sports are stopped, museums and monuments are banned (even the Effeil Tower).

Three steps passed tonight
At midnight, all restaurants, bars… have to close like other countries
Transports still « normal » and all supermarkets in function ….
Only missing pasta, toilet paper like everywhere else.

It is a really spookie, surreal situation like in an apocalyptic movie, also in Germany. Empty halls in Munich Airport, nearly empty planes, empty trains from Vienna. No trains to  Italy  from Austria. Suppose, this crisis will have catalytic effect for the industry and even speed up the unbelievable fast disruptive process and transmission we are anyway going trough.

From Monday also schools in Bavaria will be closed, the local election campagne is nearly stopped completely and the extremly important LogiMAT fair in Stuttgart, cancelled.

Last week the Government decided to lockdown the entire country until April 3, 2020 (at least).

Emergency services, public transport and logistic services are still operational. So far, they work in a proper way.

Logistic services were and are able to assure that supermarket chains can receive enough fresh food for the entire population. Shops and offices are closed. Some big companies (including FCA and CHN Industrial plants) are taking emergency measures to face the epidemic.

As far as the transport system is concerned, Italy faces huge problems at the borders (Austria, Slovenia, Croatia).

The Ministry of Transportation, due to the coronavirus emergency, has decided to suspend the traffic ban for over 7.5 tonnes trucks on Sunday. It’s a temporary measure to avoid any bottleneck in the supply system.

At the moment Norway is closed. All foreigners are asked to return at the borders, if not they must undergo two weeks of quarantine. Only execption is transport, so far it’s not clear what the situation is for foreign truck drivers. All the ferry between Norway and Denmark and Germany is about to stop, so trucks must pass Denmark with their new restrictions. Or there is one ferry between Sweden and Germany and one to Poland as the status unknown. But the general situation for the drivers is getting worse. A lot of their normal places to stop for toilets etc. are closed. At petrol-stations many places they have removed the access keys! Stores are open, but restaurants are in general closed.

Situation here is becoming worse too. The point is that everybody is afraid about what is happening in Spain. Government is closing down schools, restaurants and night life. Only 50 people inside each supermarket at one time. For now, no boarders closed. Concerning truck drivers there are no changes.

Many big problems for Romanian transport and surrounding countries. Borders are almost all closed, normally they should be open for trucks, but also in these cases, there are problems. For instance, Hungary has closed the borders from Slovenia for all the trucks in transit. The drivers should provide a medical certificate to prove they are not infected with Coronavirus. The certificate should not be older than 4 days.

The problem is no driver has such a certificate, because in Romania they cannot just go into a medical lab and ask to be tested for Coronavirus. They need to have symptoms and only then are tested.

Hungary states that starting from last night foreign trucks can cross the îSlovenian-Hungarian border only between 21:00 and 00:00 only 15 trucks at every 10 minutes, so not more than 200 trucks per day!

Transport companies should provide, before a request to cross the border, data like the name of the driver, number plate of the truck and hour and minute when they intend to cross a certain border.

For Romania this is really problematic, because the price of being European Union member came with the disappearing of the local industry. Romania imports almost 80% of the food, so all the fruit and vegetables coming from Spain and Italy are limited to reach Romania because the trucks are asked to wait for days at the Hungarian borders. And not only Austria, Slovenia and even Croatia and Serbia make the transit really difficult. Trucks with medical supply are stopped in Germany, even if imported from The Netherlands, but Germany forbids the export of medical equipment and medicines so they stopped the trucks to Romania even if the goods come from The Netherlands.

The countries at the periphery of Europe are almost isolated, so it is really in a serious situation in Romania that will face soon a food crisis. Transport companies are fighting for each kilometre, for each driver, especially that very few drivers are willing to go to Italy at the moment. And when they go, they stay in long queues at the borders when coming back home.

On Thursday night Slovenia blocked all trucks at the border with Italy, some of the trucks went back and cross the border with Austria and then they were blocked again between Austria and Hungary. There are measured by night which make the supply of Eastern Europe in danger and European Commission should make a pan-European corridor for the trucks, at least for those carrying food. Otherwise it looks there is no more European Union.

Road transport is working normally in Spain in order to provide the goods required in the retail outlets. It was announced that no food shortages will exist. The problem is that there are some boarders closed in and out of the country.

The government has cancelled times of driving to alleviate the situation. Most offices have asked staff to work from home where possible.

Last Friday additional actions decided that borders controls would be implemented again (Schengen) depending of the situation. Mainly of its borders with Italy are of concern. At the moment they are closed for a very large number of people. But keep in mind that Switzerland and Italy bring to bear the same actions on the shared borders.  On the other hand goods are not affected and are still allowed to enter the country and to transit.

Meanwhile in the UK it’s life as usual!? The only thing that’s changed is that drivers hours and delivery curfews are being relaxed, so the public can get their toilet paper!

The reaction in the UK has been fairly slow and currently there are no special measure apart from the cancellation of a lot of sport.

It would seem that we are preparing to react to the virus next week. As usual the government cannot make up their mind, and they’re probably still arguing over Brexit or maybe even blaming it. Schools will likely close at the end of next week as we get a week closer to what would be the Easter holidays anyway.

Several events have, however, been cancelled and while the CV Show is currently still on mass gatherings are expected to be outlawed.

*FURTHER UPDATES ON A ONGOING BASIS