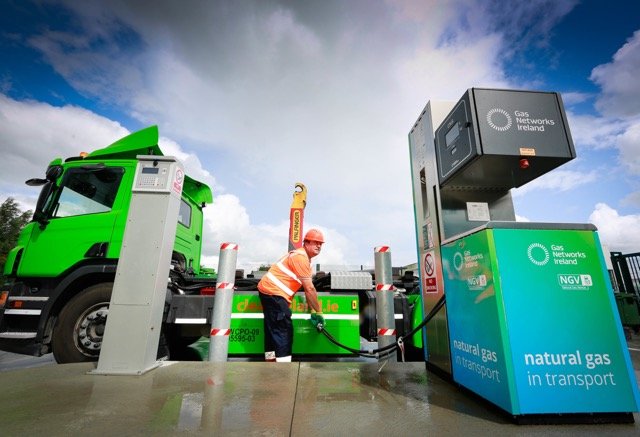 According to the Freight Transport Association Ireland (FTAI) the Government’s Climate Action Plan has failed to recognise the vital role the freight transport industry must play in tackling climate change. “Without a clear plan for the logistics sector, the Government will struggle to meet its target of net zero carbon emissions by 2050,” stated Aidan Flynn, General Manager of FTAI.

“The FTAI is calling for the Government to recognise the vital role the logistics sector will play in achieving the targets set out in the Climate Action Plan.Trucks and vans accounted for 21% of all transport emissions and 9.2% of Ireland’s total CO2 emissions in 2018. And while the sector is committed to reducing its environmental impact, it needs the right support and guidance from the Government. As an island nation, Ireland is reliant on the movement of freight by road; the logistics sector is vital to the country’s economy. To ensure the Government’s climate change targets areachieved in a sustainable manner – without impacting the economy – the delivery of new infrastructure will be key.”

“Government must support the sector’s transition to alternative technologies. Currently, there are two CNG – Compressed Natural Gas refuelling sites in Ireland. And while the Government has promised to have 14 refuelling sites open by 2020, in the view of FTAI, it is very unlikely this project will be delivered in seven months. It is similar picture with electric vehicles: the infrastructure is simply not in place. FTAI is calling for the Government to increase the permissible weight limit of vehicles driven under a B licence to 4.25 tonnes for electric / hybrid vehicles, to take account of the increased vehicle weight due to the battery, as in the case in some European countries.”

“While there is no reference to freight in the report, there is reference to fuel equalisation and the banning of the sale of petrol and diesel cars by 2030. The freight industry is reliant on diesel for the foreseeable future; the Government should proceed with caution and avoid introducing a blanket ban of diesel engines. It is the opinion of the FTAI that it should separate the commercial fleet sector from the general transport sector to protect competitiveness. It should also recognise the progress that has already been made: Euro 6 diesel heavy goods vehicles, which were introduced in 2013, reduced NOx by 80% over Euro 5 engines.”

“The Government must be fully committed to moving to a low-carbon future in a collaborative manner; a supportive approach must be taken, and that involves engaging the commercial sector in promoting viable solutions,” he concluded.