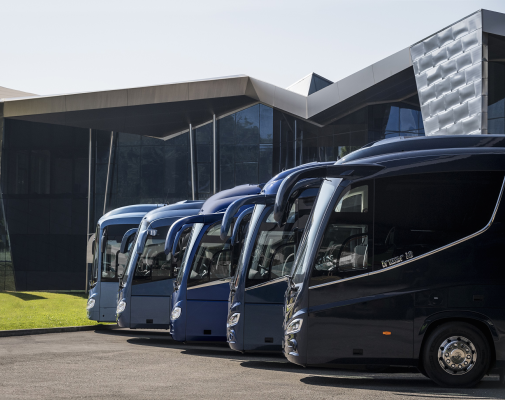 During 2019, 85% of all new medium and heavy buses (over 3.5 tonnes) registered in the European Union were fuelled by diesel, while the market share of petrol in this segment was close to zero, according to figures released by ACEA, the pan-European body for auto and CV brands.

All alternatively-powered vehicles (APV) combined accounted for 15.0% of the EU bus market in 2019, with electrically-chargeable vehicles (ECV) making up 4.0% of total new bus registrations.

Alternatively-powered vehicles (APV)
Last year, registrations of new electric buses in the EU increased by 170.5% from 594 units in 2018 to 1,607 buses sold in 2019. Electrically-chargeable vehicles (ECV) accounted for 4.0% of total EU bus sales. The Netherlands was the biggest market for these vehicles with 381 electric buses registered last year, followed by France (285) and Germany (187). Together, these three countries accounted for more than half of all electrically-chargeable buses sold last year.

6.2% of all new buses sold in the EU last year ran on alternative fuels, representing an increase of 67.9% to 2,504 registrations – nearly all of them being powered by natural gas. France (585 units), Spain (463), Italy (303) and Sweden (284) were the largest EU markets for natural gas buses, the latter also recording the highest percentage increase across the region (+283.8%).