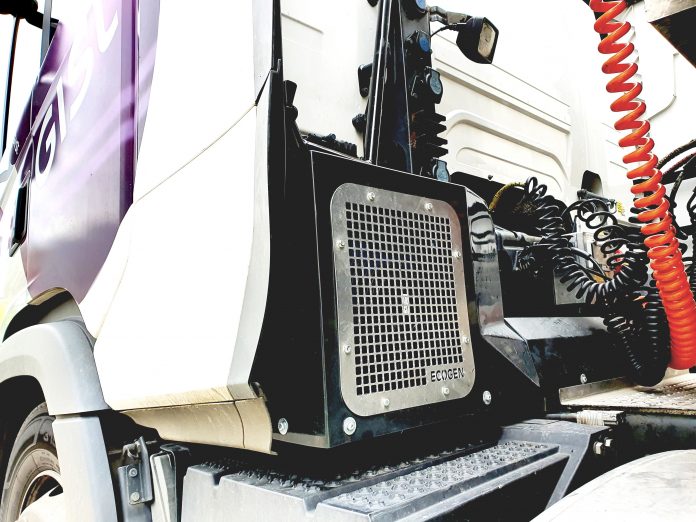 Gist has begun trialling the fuel-efficient, hydraulic-driven Ecogen generators in its fleet to improve air quality by reducing fuel consumption as well as CO2 and Nox.

The trial is set to take place over three months at Gist’s site in Spalding and represents a significant step forward in driving Gist’s environmental agenda.

The hydraulic generators are an environmentally-friendly solution that allows an existing diesel powered unit to achieve the same environmental classification as the vehicle by converting the unit to electric power, eliminating the need for diesel.  This reduces the vehicle’s total fuel consumption, and lowers carbon dioxide, nitrogen oxide and particle emissions.

Mick Pethard, Head of Engineering, Gist, said: “The hybrid-drive system harnesses kinetic energy from the truck and recycles it into electrical energy for the transport refrigeration unit. By taking power via the rear of the engine into this equipment, which converts this into electricity to power the fridge on electric rather than red diesel – which means no CO2 being created by the fridge.”

The Ecogen plugs into any vehicle refrigeration unit with mains electric operation. This will power traditional diesel-powered refrigeration units, with electric generated from the truck engine at full capacity whether travelling through towns and cities or cross country. This will reduce the fuel consumed to cool the load, and lower the emissions produced by the refrigeration, to the same standard as the truck or tractor.