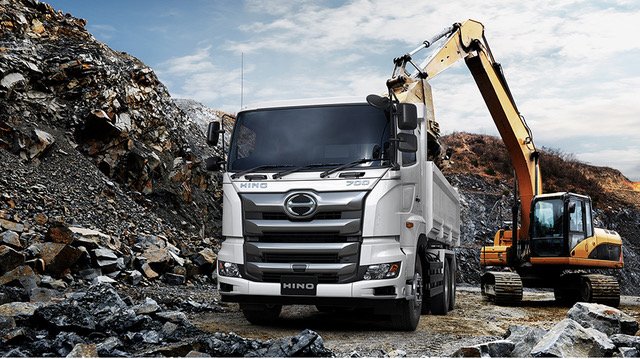 For over 40 years, the Hino truck brand had a strong and lasting presence in the Irish marketplace. Through the late Pino Harris and his company J Harris Assemblers, the Toyota Group owned Japanese manufacturer enjoyed a significant market share in the Ireland and Britain, especially in the construction industry and with the 700 Series heavy duty range. But due to stringent European exhaust emission controls and the huge investment involved, the Hino 700 was discontinued on this continent.

However, Hino remains a major player in North America, South Africa, Australia and New Zealand and the next generation of the 700 Series has been launched in the Southern Hemisphere. The new model will, no doubt, be of interest to Hino’s loyal Irish following.

According to CRT News in Australia, ‘The truck features many major changes including new cab sheet metal, a new 9.0-litre engine, load sharing front axles on 8×4 models and a Hino SmartSafe safety package with the inclusion of a driver monitoring system. The entire range is now two pedal operation with transmissions including two Allison full automatics as well as the 16-speed ZF TraXon automated manual. All Hino 700 models now incorporate an Electronic Braking System (EBS) which integrates with the engines’ Jacob (‘Jake’) Brakes. Trucks fitted with the 13.0-litre engine also benefit from driveline braking power of up to 680kW from the four stage ZF Intarder.

Two power ratings are available from the new Euro 6, 9.0-litre engine depending upon the model and wheelbase. The 320hp has exceptionally flat power and torque curves and delivers maximum torque of 1,275 Nm between 1,100 and 1,600 rpm. It is backed by an Allison 3200 torque convertor transmission. The more powerful 360hp versions deliver their maximum torque of 1,569Nm again in the 1,100-1,600rpm range and are connected to an Allison 4440 automatic transmission. The 13.0-litre engine has two power ratings of 450hp/2,157Nm and 480hp/2,157Nm across the expanded engine revolution range of 1,000 to 1,500rpm.

Hino has moved away from the grey interior surfaces and the new 700 Series cab interiors feature a combination of ‘earthy’ tones with carbon-fibre and silver highlights.’

*With thanks to Commercial Road Transport Australia for some details 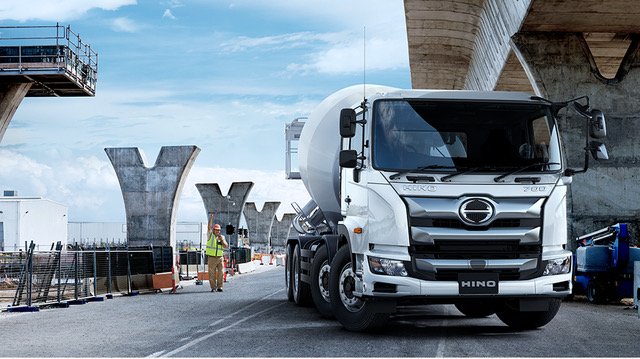