Fleet operators understand the importance of reducing transport emissions – and the impact of not meeting tougher regulations on both finances and the wider environment. As part of the move to lower emissions many cities across the UK are introducing Clean Air Zones (CAZ), such as the London Ultra Low Emission Zone (ULEZ), with high daily charges for vehicles which are not compliant to Euro VI emissions standards.

Importantly, these moves have been coupled with funding to help operators of non-compliant vehicles, such as buses and coaches, to lower emissions by retrofitting technology to existing fleets. This preserves investment in current vehicles while meeting tighter emissions standards by reducing pollutants such as particulate matter (PM) and nitrogen oxides (NOx).

For example, Transport for Greater Manchester recently received £14.7 million from central government to retrofit 900 existing buses. At an average cost of £200,000 for a new vehicle replacing the entire fleet would cost more than £180 million. In contrast, for every £1 million spent through the scheme 60 buses can be successfully upgraded. 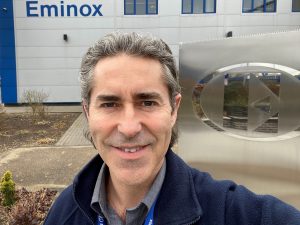 Buses and coaches are not the only transport options that can benefit from investment to encourage retrofit. Nearly two-thirds (64%) of all energy used to power trains comes from diesel and as only 38% of UK track is electrified, it won’t be possible to phase out the fuel in the short to medium term.

The positive news is that retrofit technology has now been demonstrated to work in rail, through a pioneering proof of concept real-world project. Emissions control specialist Eminox worked with rolling stock assets company Porterbrook and South Western Railway to retrofit a 1990s-built South Western Railway Class 159 diesel train in full passenger service between Waterloo and Exeter with its EMx S5 emissions reduction system.

The project, funded by the Department for Transport through InnovateUK, adapted Eminox’s proven technology to meet the specific requirements of rail, such as ensuring the system could cope with high exhaust temperatures and changing operating conditions when in use.

The aim was to reduce real-world tail pipe pollution and achieve emissions equivalent to the current Stage IIIB rail engine standard. That meant lowering NOx by over 70% in normal operations and reducing PM by more than 80%. In fact, the six-month trial exceeded these targets. NOx emissions dropped by over 80% and there was a 90% reduction in hydrocarbons, carbon monoxide and PM.

Given there are large numbers of similar diesel trains currently in operation across the UK, the potential for reducing emissions through retrofit is enormous. By fitting cost-effective retrofit technology rail operators can create a fleet of clean diesel trains, reducing pollution, improving air quality and, creating healthier environments. What is needed is the same commitment and investment from government and local authorities to fund retrofit rail programmes, supporting the UK in meeting its net zero 2050 goals and improving public health.