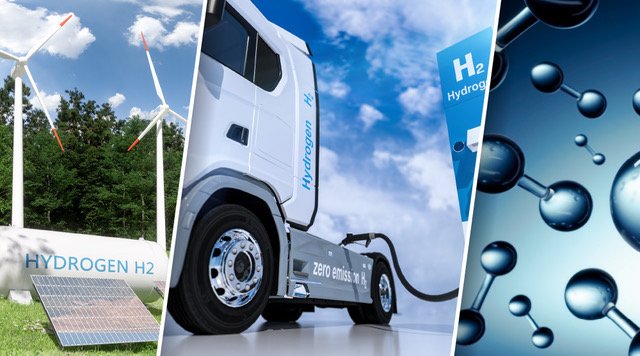 *Statement from the organisation resulting from recent media reports

“Unfortunately, in recent weeks and months, Hydrogen Europe has been the target of repeated defamatory, false and unfounded statements that try to label the association as an oil and gas ‘lobby’ and promoter of fossil fuels. We regret that this has turned into a pattern, with the latest attack coming from a Friends of the Earth Europe report. We take these false and baseless statements accusations very seriously and we will be considering legal avenues against this defamation to protect our members and our vision,” commented Jorgo Chatzimarkakis, Secretary General, Hydrogen Europe.

“Considering the harm false and baseless claims can create, we are urged to highlight and provide fact-based information on some of the recently published statements and accusations: Hydrogen Europe, like Eurogas and IOGP, pushed for a large role for ‘blue hydrogen’ based on CCS.”

“This statement is not only factually wrong, but it highlights a substantial contradiction within the Friends of the Earth Europe report: on one hand, we are accused of promoting the fossil fuel interests (with no factual proof), on the other we published the 2x40GW Green Hydrogen Initiative. In this paper, we push to unlock the vast renewable energy potential and have green hydrogen contributing to economic growth, the creation of jobs and a sustainable, affordable and fair energy system.”

“154 ‘other organisations’, including many trade associations that represent the fossil fuel industry, such as Hydrogen Europe”

“This is another factually incorrect assertion. Hydrogen Europe has a Charter that all the members have to sign and agree to when joining the association. This is not only erroneous but disparaging towards our whole membership which covers the entire hydrogen value chain. Today, Hydrogen Europe has 267 members, of which only 19% can count as “fossil”. In our association Board seats are not purchased and each full member has one vote, regardless of its size or the membership fee that they pay.”

“Additionally, when it comes to investment and involvement in green hydrogen, we have tracked 244 unique water electrolysis projects amounting to 51,536 MW of water electrolysis capacity for the EU, EFTA and UK region. 61% of those projects involve the so called “traditional” energy companies. Furthermore, those projects are usually larger than average – so in terms of MW, the so called “fossil fuel” companies are involved in 81% of the total electrolysis projects in the EU, EFTA and UK region. This shows how our members, including those coming from the fossil background, recognise and support the development and deployment of green hydrogen.”

“Regarding the European Clean Hydrogen Alliance (ECH2A), its formation was built on the principles of transparency and inclusiveness. Hydrogen Europe supported the inclusion of representatives of the entire value chain of the hydrogen system as well as representatives of civil society. NGOs have been invited to participate in the ECH2A and they are represented in each round table. Since the launch event of the ECH2A, they were always invited to actively take the floor and they had so far a decisive impact on the debate and the results.”

“Hydrogen Europe is the European association representing the interest of the hydrogen industry and its stakeholders. We have been at the forefront of promoting the role of hydrogen since before the publication of the European Union’s (EU) Hydrogen Strategy last July. Our mission is to promote hydrogen as the second leg of the energy transition, alongside renewable electricity. Our members recognise and subscribe to the climate targets set out in the Paris Agreement and the subsequent EU Climate Law. Our members recognise hydrogen as an energy vector to enable the energy transition by replacing coal, oil and natural gas and by complementing renewable electricity. In this way, we support the establishment of a market for clean hydrogen as a commodity based on the principle of carbon content as new currency.”