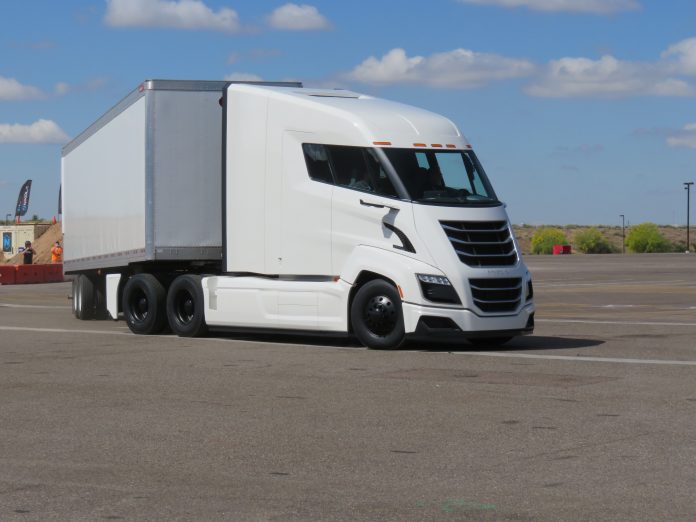 New group founded to address hydrogen transport in Ireland
Hydrogen Mobility Ireland, is led by industrial company members and will look at how to deploy hydrogen fuel cell electric vehicles

A number of leading industrial companies have formed Hydrogen Mobility Ireland, a group formed to plan and deliver a coordinated approach to the deployment of hydrogen transport in Ireland.

The use of hydrogen as a fuel for cars and heavy-duty vehicles can enable zero emissions transport. A fuel cell consumes hydrogen fuel and air to produce electrical power for the vehicle, with water vapour as the only by product. Utilising sustainable hydrogen in transport will aid Ireland in achieving its transport decarbonisation targets in a cost-effective manner. The transport sector is currently the second highest contributor to greenhouse gas emissions in Ireland.

Hydrogen Mobility Ireland (HMI) aims to develop and oversee the implementation of a strategy to introduce the use of hydrogen for transport in Ireland. The group’s mission is to plan a path to mass market introduction of Fuel Cell Electric Vehicles (FCEVs). The group plans to present their findings to a range of interested parties over the coming months, including an interim presentation to the Government’s Low Emission Vehicle Taskforce next month, and to publish a report in Q3 of this year on the potential role of hydrogen technology in the decarbonisation of the national transport fleet.

Hydrogen fuel and vehicles are receiving significant interest in many countries such as China, Japan, Germany, the UK and in the US sSate of California. These efforts will deliver significant cost reductions in the early 2020s, which Ireland can benefit from through a well-timed hydrogen introduction strategy. The launch of FCEVs will complement the progress already made on battery electric vehicles, with FCEV expected to be the preferred zero emission technology for longer range car consumers as well as offering a pathway to decarbonise other vehicle segments such as heavy goods vehicles and buses.

Hydrogen is seen as a powerful tool in the fight against climate change. It can be produced from renewable energy (including renewable energy that may be grid constrained and otherwise wasted), and then used in transport, complementing other zero emissions technologies by allowing for longer ranges and faster refill times.

HMI has formed three working groups: hydrogen production, refuelling stations and FCEV rollout, and will work closely with the Hydrogen Ireland Association, which is reviewing the use of hydrogen for other sectors such as the built environment, integration with renewables and energy supply chains as well as the skills and training that will be needed.

Mark Teevan, a Director of Toyota Ireland, is the first Chairperson of Hydrogen Mobility Ireland. He commented, “Hydrogen Mobility Ireland is addressing one of the most pressing questions of our time – how to effectively and efficiently decarbonise transport in Ireland. Climate change is now at the fore of the country’s political agenda, and we need to both increase and focus our efforts to get real traction on this. Hydrogen fuel cell electric vehicles are capable of delivering zero emissions driving across many vehicle categories.”

Although they are focused on mobility, the group includes a range of stakeholders interested in the system-wide benefits of hydrogen. These include: economic growth and energy security through local production of transport fuels, support for a wider deployment of renewables than is currently possible due to grid constraints and developing a hydrogen supply chain that will mean hydrogen is more readily available for use in other hard to decarbonise sectors, such as industry and heating.

About Hydrogen Mobility Ireland:
Hydrogen Mobility Ireland was formed through discussions between interested parties during Q4 2018 followed by preparation meetings in December 2018 and in January 2019 and was considered quorate by February 1st 2019 with 11 industrial members having committed to the group and four policy stakeholders providing input into the group’s work.

The group has three specific aims around which it has formed working groups:
Create the conditions to facilitate the production of low carbon hydrogen for use in transport
Facilitate the rolling out of hydrogen refuelling infrastructure on a national basis
Enable the introduction of FCEV transport across various vehicle categories

The group intends to spend six months developing a detailed strategy for the delivery of Hydrogen Mobility in Ireland with the intention to present a report at that stage. To this end HMI has retained the services of Element Energy, experienced international advisors in this area. Mark Teevan, a Director of Toyota Ireland, is the first Chairperson of Hydrogen Mobility Ireland.

Hydrogen Mobility Ireland is distinct from other groups covering hydrogen and mobility topics in Ireland. The group will however maintain close collaborations with other groups, in particular with Hydrogen Ireland Association. Whilst HMI will focus on the future strategy for the commercial roll-out of hydrogen mobility technologies, the Hydrogen Ireland Association is concerned with a wider range of actors and sectors (e.g. the decarbonisation of heat using hydrogen, energy, storage, power to gas, hydrogen injection to grid and supply chain) and hence is not focussed on the strategic aspects of hydrogen for mobility.

Kässbohrer is now the choice of DSV

Free trainers giveaway at bus stop to get people moving