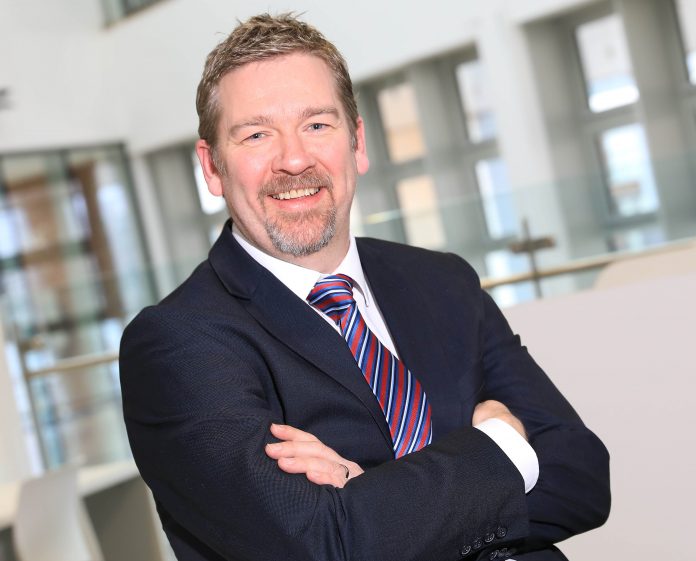 Belfast Metropolitan College are set to hold part of the WorldSkills UK 2022 National Finals and this year there will be a special H2 (hydrogen) presentation as part of World Skills. Over two days,  Wednesday 16 and Thursday 17 November 2022 there will be two 2 hour sessions each day with an introduction by  Chris Corken Head of School of Engineering and Construction at Belfast Metropolitan College.  A packed schedule includes:

Looking forward to the event, Michelle Devlin, Assistant Director of Curriculum, Belfast Met said: “We are delighted to welcome the collaborative partnership of Translink, Northern Regional College and Belfast Met in demonstrating Hydrogen technologies at the WorldSkills UK National Finals. This showcasing event will take place on 16th and 17th November in our Titanic Quarter campus. Visitors will have the opportunity to view these emerging technologies with demonstrations of the hydrogen model car and observations of Translink’s Hydrogen bus. “

Alan Reid, Innovation Manager at Northern Regional College is also looking forward to the event saying: “Both NRC and BMET see the Hydrogen Training Academy as an opportunity to be a leader in providing specialist training across a range of disciplines and using it as a springboard in developing training support in the Green Energy Sector. This is the fastest growing sector, creating jobs opportunities and investment. It is estimated that 13,700 jobs in Northern Ireland will be required to meet the net Zero target. Currently there has been over 1 trillion dollars already spent on development projects, worldwide, with the same again in the pipeline.  The colleges and Northern Ireland are in a great position to take full advantage of this level of investment”

500 finalists are taking part in more than sixty skills competitions in six venues across the UK with Belfast Met being one of them. The Met’s Titanic Quarter campus will hold the WorldSkills UK National Finals in 4 vocational areas: hairdressing, culinary arts, patisserie and restaurant service. 32 competitors will take part in competitions from 15 November to 18 November with the results being announced on the tv show, ‘Steph’s Big Lunch’ on 25 November.

On 16 and 17 November the Titanic Quarter campus will be buzzing as live competitions take place alongside Hydrogen based exhibitions and presentations. The main audience is post primary school principals and year 13-14 pupils themselves.

Ben Johnston, Chemistry Lecturer at Belfast Met who is presenting on the day said: “The Hydrogen Training Academy-a joint project involving NRC and Belfast Met aims to prepare employees in the motor vehicle and plumbing sectors for a future in which hydrogen will help to decrease our dependence on fossil fuels. Modern boilers and hydrogen fuel cells in motor vehicles are a massive leap forward for the green energy sector. This engaging course will give participants practical, hands on experience with each of these modern technologies as well as an awareness of how to work with hydrogen safely.”

Chris Corken, Head of School of Engineering and Construction at Belfast Metropolitan College welcomed the event saying: “The UK government hydrogen strategy launched in August 2021 seeks to develop a thriving low-carbon hydrogen sector, with a defined ambition for 5GW of low carbon hydrogen production capacity by 2030 and a pathway mapped out detailing how the hydrogen sector will be instrumental in achieving the UK.’s target of net zero greenhouse gas emissions by 2050.

“To capture the full economic, social, commercial and environmental benefits of the hydrogen economy it is vital that we have a cohesive cross-sectoral public, private, academic approach.

“Belfast Met have been working with others including Belfast City Council, Mid & East Antrim Council, Northern Regional College, Wrightbus, Energia, QUB, UU and other EU wide academic and industrial partners to develop a full curriculum in the skills necessary for the entire hydrogen value chain.

“Paul McCormack, Programme Manager of the Belfast Met led EU hydrogen project ‘GenComm’ said: “Hydrogenewables’ producing GreenH2 from renewable sources has opened the gates to a burgeoning hydrogen economy, one where Northern Ireland is ahead of the Green H2 curve.  Northern Ireland partners have led many international projects on the hydrogen stage such as GenComm, HAZEL, CH2F, SMARTH2 and many more. These successes are built upon the foundations of skills, it is vital that we have the skilled workforce necessary to adopt new technologies and practices to ensure industry can develop new business models for a new marketplace and as a result become more flexible and responsive to the green economy opportunities, production systems and supply chains.”