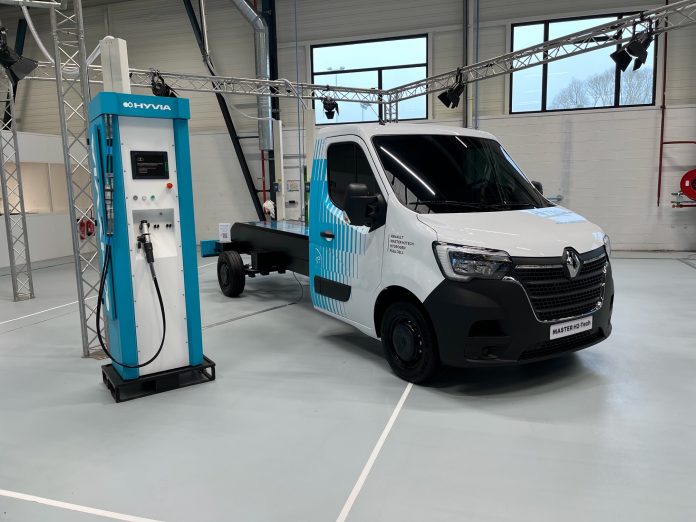 As the Renault Group continues its transition towards 100% electric with all of its vehicles by 2030, its joint venture with Plug Power to form HYVIA, dedicated to hydrogen mobility, is making steady progress. Within a nine month timeframe, HYVIA has inaugurated a new assembly plant at Refactory, in Flins, Ile-de-France, has already produced a series of prototype commercial vehicles and is ready to enter manufacturing.

As demonstrated at the new 3,000 sq.m facility, within the Renault Group site, HYVIA is ready to start assembly and test of 1,000 fuel cell modules per year, based on Plug Power’s advanced technology. By the end of 2022, the plant will also begin assembly of H2 refuelling stations and the production of low carbon hydrogen with the installation of a 1MW electrolyzer that will supply H2 to the plant (450 kg H2 / day), for testing fuel cells and H2 refuelling stations.

“Since its creation on June 3, 2021, HYVIA is moving fast. Our plant represents a major human, technological and industrial challenge. It is a fantastic illustration of our unique joint venture: we join the expertise of Renault Group, a dominant player in the automotive industry, and Plug Power, a world leader in turnkey hydrogen and fuel cell solutions,” stated David Holderbach, HYVIA CEO, in his introductory presentation. Also present at the inauguration, attended by Fleet Transport with David were Heinz-Jürgen Löw, SVP LCV Business Unit Renault, and Andy Marsh, CEO, Plug Power.

“Plug Power is proud to see the assembly of its fuel cell here in France. We have been present in Europe for more than 10 years, being a major investor in the development of the European H2 sector. We have accelerated our growth with HYVIA, in partnership with Renault Group. Together, we’re taking meaningful steps to tackle climate change,” added Andy Marsh, Plug Power CEO.

“Hydrogen in transport is most suitable for operators who need clean, long range distance and speed in refuelling,” he added.

A highly skilled team of operators, managers and technicians have been selected and trained for the project, some coming from Renault’s Flins manufacturing plant, others from Plug Power personnel from the States. As explained by Andy Marsh, CEO, Plug Power, this complex technology, consisting of 450 parts and components is now well proven, having installed 50,000 fuel cells units in industrial and commercial systems to date: “The 30kW fuel cell is a Proton Exchange Membrane (PEM) integrated system, designed based on the proven and durable Plug Power technology. It brings together air and hydrogen, allowing increased power and range for mobility. Both air and hydrogen flows enter in the fuel cell stack, the “heart” of the fuel cell.  The fuel cell stack consists of a negative electrode (anode) and positive electrode (cathode), separated by a polymer membrane. Hydrogen molecules are separated into electrons and cations. The electrons go to an external circuit, generating a flow of electricity that powers both the 33KWh battery and the 57kW electric motor engine. The cations go through the polymer membrane and are associated with anions of the air to create water.”

The fuel cell test zone is operational thanks to renewable H2 already on site and will ensure fuel cell quality and safety. Plug Power’s fuel cell test cycle experience has taking in the extremes, extending from -25 degrees to +80, conducted in the laboratory and out in field trials.

First production vehicles will be released in select markets such as France, Germany, Netherlands and UK by the summer and available through the Renault Pro+ dealer network and also from HYVIA.

This is the first step in a wider industrial project, that has potential for huge growth, not only to serve Renault Pro+ customers but in time vehicles within the Renault Group (Renault & Dacia) and also Renault Trucks, which also markets Renault vans. Initially, HYVIA’s ambition is to reach 30% of the LCV H2 European market by 2030.

“HYVIA headquarters, engineering, R&D center, H2 integration and vehicle production are also based in France. Since its creation in 2021, HYVIA has grown to about 70 employees since its creation, including a strong engineering team.” 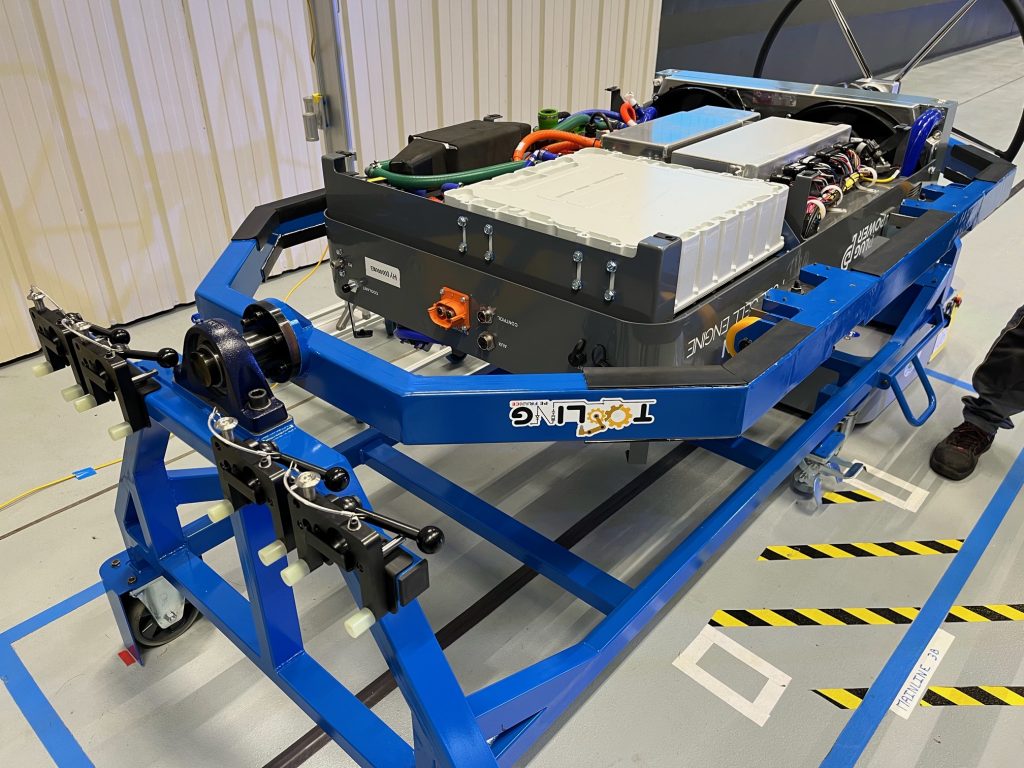 “HY” for hydrogen, “VIA” for road: HYVIA paves a new way forward for carbon-free mobility, with hydrogen mobility solutions. Created in June 2021, HYVIA is a joint venture equally owned by Renault Group, a dominant player in the automotive industry, and Plug Power, a world leader in turnkey hydrogen and fuel cell solutions. Based in France, for European markets, HYVIA offers a complete and unique ecosystem that includes light commercial vehicles with fuel cells, hydrogen refuelling stations, supply of carbon-free hydrogen, services for financing and maintenance of fleets.

New York headquartered Plug Power is a global leading provider of comprehensive hydrogen fuel cell solutions for almost 25 years. To date it has deployed over 50,000 fuel cell systems, designed, and built 160 refuelling stations that dispense more than 70 tons of hydrogen daily, and is a technology leader in green hydrogen solutions via electrolysis. For more than 10 years, Plug Power has strong European presence, such as manufacturing industries, logistics customers and vehicle manufacturers. It has installed several PEM technology electrolyzers in Germany, France, The Netherlands, and Portugal. The company has installed more fuel cell systems for electromobility than anyone else in the world.

Although not present at the event, Luca de Meo, Renault Group CEO, commented earlier: “HYVIA plant is part of the Re-energy pilar of our strategic Refactory plant in Flins. Its ramp up embodies Renault Group’s strong ambitions in H2 mobility, complementary to electric mobility. It will contribute to increase local integration, creating value in France and Europe.”