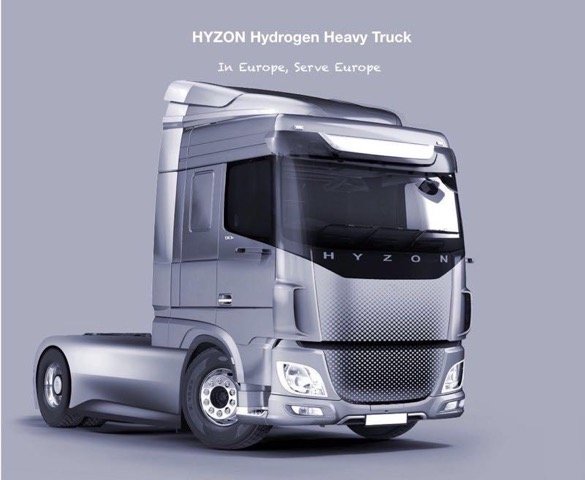 Expanding rapidly around the globe, HYZON’s European announcement follows HYZON’s re-launch of the former General Motors’ fuel cell facility in New York and the commencement of HYZON operations in Australia. There is currently a very strong appetite for the evolution of commercial vehicles off diesel in the interests of decarbonization.

European Union countries and major European corporations are increasingly seeking solutions to the challenge of reducing carbon footprint, with diesel-powered heavy trucking being a significant contributor to carbon emissions. Such diesel engines are also the major cause of harmful particulate emissions in densely populated urban areas, and are being progressively banned from busy cities.

With mature high-power fuel cell powertrain technology and the leading fuel cell vehicle integration experience in Europe, Hyzon Motors Europe is offering zero emission buses and trucks with no operational compromises, and the option of all-inclusive operating leases for fleet operators. The Groningen facility is already shipping Hydrogen powered heavy vehicles and has started taking orders for delivery across the continent.

Max and Carl Holthausen, joint Managing Directors of HYZON Motors Europe, commented in a statement; “As an European pioneer in fuel cell vehicle commercialization, Holthausen Clean Technology has been delivering fuel cell trucks for years, and we are honoured now to join force with our US partner, HYZON Motors, to bring the most advanced fuel cell truck technology to European customers. Made in Europe to meet European decarbonization objectives.”

Encouraged by the EU’s $140 Billion hydrogen plan and the recently unveiled $9 Billion National Hydrogen Strategy for Germany, HYZON’s initiative is at the heart of post-Covid-19 economic recovery efforts which are expected to have a strong focus on sustainability.

HYZON Motors Europe is expected to be the first company in series production of zero emission heavy vehicles in Europe, with lead times of 6-8 months for heavy and medium duty trucks, and the only company in the world currently offering zero emission trucks of gross vehicle mass exceeding 40 tonnes.

The global HYZON Motors team are certain that the father of the fuel cell William Robert Grove, who would have celebrated his birthday on the day of this announcement, would be delighted to see the recent progress on this technology, which he invented in 1842. Fuel cell technology is finally poised to make a very meaningful contribution in the context of addressing climate change.