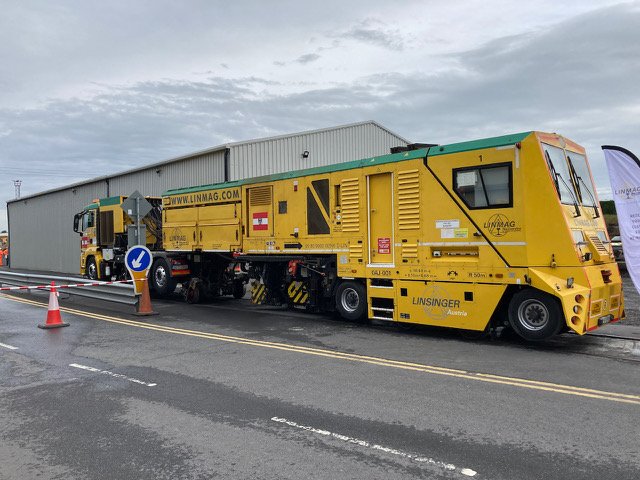 Iarnród Éireann / Irish Rail Infrastructure Manager (IM), the semi-State business entity responsible for providing the infrastructure for trains to run on, held a interesting Showcase Day at its Rail & Sleeper Depot in Portlaoise, County Laois on 28 June. Despite slightly inclement weather, the outdoor event was well attended by around 450 industry guests including Minister of State Seán Fleming TD, as well as Irish Rail employees from other divisions of the national rail services provider. Visitors were provided with demonstrations and explanations of a range of the initiatives, improvements and technological advancements across IM’s business. The event included over 40 demonstrations and also included a number of stands and exhibitions from IM partner businesses.

“It’s very rare in this country to have such a display of railway systems, said Éamonn Ballance,  Director, Infrastructure Manager at Irish Rail, speaking to Fleet Transport at the opening of the event. Having held a previous Showcase Day back in 2018, he explained that there was a broader scope to this year’s event.

“The first thing was, within IM itself, to communicate and tell my own team what we have and what we’re doing. The first event in 2018 was with that mindset. But we’ve done a lot of work and expanded, so rather than just involve my own team who look after signalling, train control, overhead lines – we do everything involved in keeping the railway safe and well maintained, this time we’ve involved the greater Irish Rail. I’ve also invited the Department of Transport, the Commission for Railway Regulation, the Railway Accident Investigation Unit, as well as colleagues from Translink and Network Rail. We’re doing some things that are cutting edge that Network Rail don’t have, and we’re happy to share with them as we’re on very good terms with them. We’ve also got contractors here from Portugal, Spain, Austria – this is about cross-fertilisation [of ideas], it’s informational, and there are also networking opportunities.”

Amongst the technology and machinery being demonstrated were laser controlled compactor rollers, the latest in surveying equipment, the Linmag SF02 rail milling truck with road-rail functionality, a new self propelled track recording vehicle from Geismar due to go on operational duty early next year, personal safety equipment from Zöllner which alerts track workers if a train is approaching, and the latest in recycled plastic composite sleepers from Sicut. Visitors were also able to view the Continuous Welding Rail Line facility in place at the Portlaoise depot, while concrete sleepers are also manufactured on site. 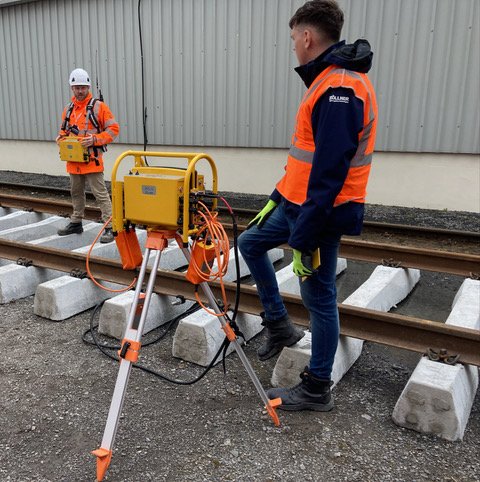 A selection of fleet vehicles used by IM were also on display. “All our vehicles are fitted out for end-users requirements. Whether they are engineers, technical, operative, we work with the staff on the ground” explained a company spokesman. With 720 vehicles in the system, including cars, he explained that while each vehicle is purpose-built to met each end-user’s needs, there are five core model designs used. Vehicles are replaced at four years or 180,000km. He explained that the company is looking at migrating from ICE to electric vehicles in the coming years, with a number already in operation, though some issues remain such as the kerb weights on crew cab vans which are heavier than the 3.5t permissible for B licence holders. Cathal Doyle