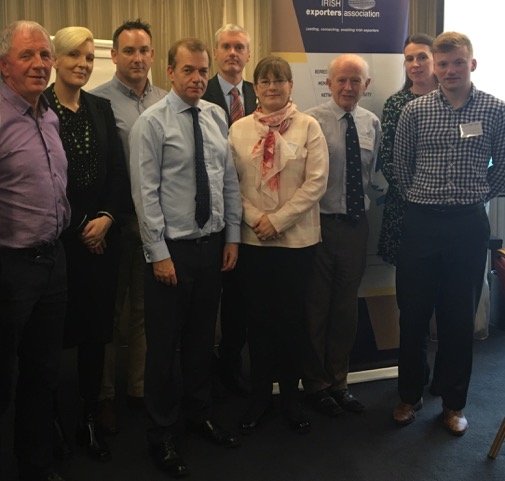 “25,000 more people are now in employment in the Region, recording a growth of 25% in the period,” he said. “This region, in common with the rest of Ireland, is now suffering from significant skill and housing shortages, while the overall rate of employment growth of 3% a year shows little sign of tapering off.”

Looking to threats to the Irish economy, while the uncertainty about the exact shape of Brexit has made life difficult for exporters the more critical concern is that of retaining Irish competitiveness within the EU marketplace.

While the impact of the reduction in value of Sterling has been most apparent in the drop in the UK visitor numbers to Ireland, other industries are also suffering from the increase in the competitiveness of British suppliers to the European markets. 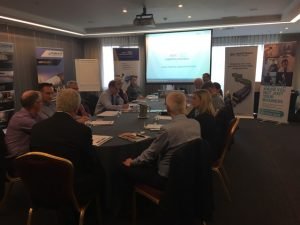 The meeting, held at the Sheraton Hotel, Athlone also discussed questions raised about the appropriateness of use of the UK Landbridge to ship goods and services to and from Continental Europe. Issues raised included cost, driver shortages, environment and lack of information about direct services.

8 November 2018 at Rosslare Europort, Wexford and in Dublin on 7 December.