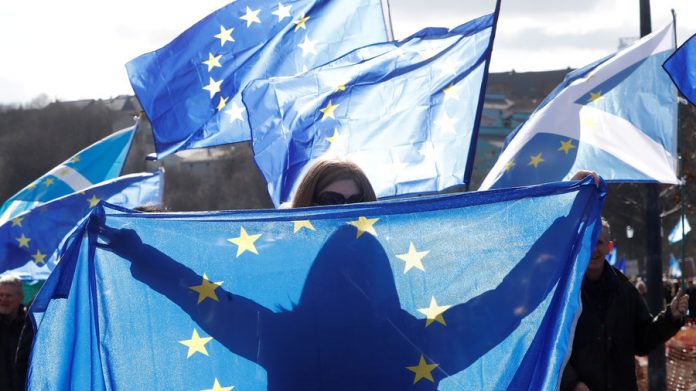 It is a long time ago since I heard the following at an Irish Road Haulage Association (IRHA) meeting: “Them there tachygraphs will never catch on”. that, in the early days of our membership of the European Union (EU) (then known as the European Economic Community (ECC)), was the attitude of most members of the IRHA to the legislation that the Irish Government had signed up to. We either thought it would never come to pass, or it was so far away in the future that no one took any notice.

Probably the biggest single change was to haulage licenses. Hithertoo they had been managed in much the same as pub licenses and had to be bought on the open market. Now, however, they were to be issued subject to criteria, leading to issues that were extremely controversial. Other than that no one took a blind bit of notice of any of the rules. And the one thing you can be certain of was that the only Irish haulier consulted by the Government was CIE.

In the early days of membership, the IRHA Management took no major interest in going to Brussels other than seeing it as a social outing. Our primary involvement was in managing Lastas Éireann Teo (LET) through which we issued carnets for international journeys (with Brexit, we might be issuing them again)?

The IRHA’s first major interaction with the European Commission (EC) came about over the IRHA’s campaign to stop the gross overloading of trucks that was then the order of the day by operators. Pre metric days, a twenty-two ton gross tri-axle tipper could load out to thirty five or more tons with the right body on it. It required the Association’s campaign in Brussels to make the agencies of the Irish State enforce the law. A totally disinterested Transport Minister and Government were brought to heel by the IRHA’s interaction with the Commission and required to enforce the existing legislation.

Today, bodies like the Road Safety Authority (RSA) and the Health & Safety Authority (HSA) are only too happy to enforce any rule they can and that suits the occasion. That is, as long as you have a handy Republic of Ireland registration – they seem to find non-Irish trucks to be irreproachable. Maybe we should have a word with the Commission about that?

Today the IRHA is recognised as one the most active national bodies in Brussels, and we have found common ground with eighteen other national associations in opposing much of what is proposed by the Commission with its Mobility Package and the Posted Workers Directive. That common ground is the only way Irish interests will be taken into account against the might of Franco/German dominance of all things EU. Major pieces of legislation for the road transport industry generally only come about over extended periods of time and to achieve change retrospectively is almost impossible.

Hitherto, the IRHA worked through the International Road Transport Union (IRU). It now lobbies on a much broader platform, obviously with our own national MEP’s, the wider membership of the EU Tran Committee, the Irish Government’s Permanent Representation and the Commission itself. All now have a clear understanding of our position on both the Mobility Package and our absolute opposition to the requirements of both the Macron Law and MiLog. The Association considers the latter two and their Belgian, Italian and Austrian mimickers to be an affront to what the Single Market is about.

Verona Murphy’s invitation to address the European Parliament as President of the IRHA did not come about by accident. It was the end result of having feet on the ground in Brussels and it was the first time they had ever heard from an active owner driver.

Brussels is an industry and requires specialist knowledge to know your way around. This is why the IRHA now has its own representatives in eurotran.eu. It not only represents the IRHA on relevant committees, but also knows when and where attendance is essential.

We might not achieve all the change we want, but the IRHA has never been better known or represented in Brussels, a position that’s essential to properly meet its members’ interests.