Home Breaking News Instability in Turkey leads to a downgrading of the demand for trailers... 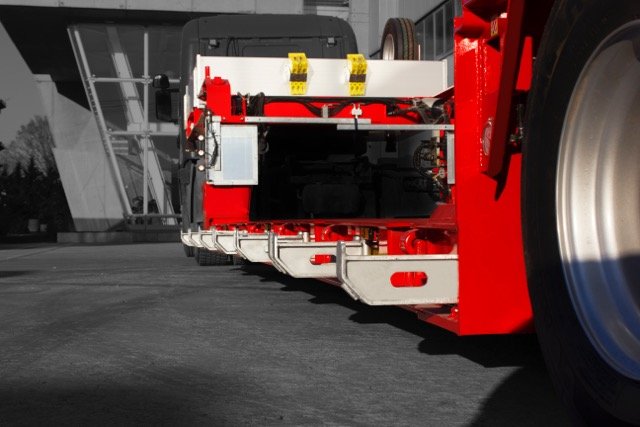 Market analysts CLEAR International has issued its forecast for the East European Trailer Market with a cautionary note. Demand for trailers grew by 4.4% in Eastern Europe in 2018.  The market has grown every year for the last six years, but that growth has been quite moderate.  Nevertheless, trailer sales in 2018 were the third highest on record, only surpassed in 2007 and 2008.  The forecast for 2023 is that registrations of new trailers will be heading towards an all-time record.

However, the short term outlook is anything but positive.  Demand for both trailers and trucks has continued to plunge in 2019.  The East European demand forecast for trailers in the five year period from 2019 to 2023 has been reduced by 13,500 trailers with Turkey accounting for 70% of that reduction.  As a consequence, trailer demand in the region will be down 11% in 2019 but there will be a return to growth in 2020/21.

Whilst growth for the region has been positive since 2012, growth for individual countries has been anything but smooth, with wild variations both up and down being the order of the day.  Turkey for example, was the second largest market in Europe from 2010 to 2014 – only Germany had higher trailer demand.  However, since 2014 demand has fallen every year as the country was beset by both economic and political problems, not helped by having a war zone in neighbouring Syria.  Demand for new trailers has fallen by more than 50% as a consequence.

Poland by contrast has been a model of stability, and whilst it’s more populous co‑regionalists have suffered huge instability, it quietly became the largest market for trailers from 2016 to 2019.

Whereas the demand for road transport (measured in tonne-km) in Western Europe has yet to recover to the levels that were typical before the 2009 recession, in Eastern Europe both domestic and international road transport demand has continued to grow every year.  Every year that is until 2018 when growth stalled.  Slowdowns in Bulgaria, Czechia, Estonia, Poland and Hungary were enough to halt the growth which has been continuous since 2000.  It remains to be seen if this is a blip or a new trend.

Gary Beecroft, Managing Director of CLEAR International commented on the findings: “Turkey is one of the big 3 trailer markets in Eastern Europe.  The lack of political stability and conflict on Turkey’s borders has destroyed business confidence.  CLEAR expects some recovery in Turkish commercial vehicle demand next year but with the Turkish army currently in Syria this is far from certain.”

Many East European countries joined the EU in 2004-07, which resulted in booming demand for trailers.  In particular, semi-trailer demand rocketed as the volumes of international transport increased, both within Eastern Europe and between East and West.  From 2002 to 2007 the compound annual growth rate for trailer demand was 25.7%.  Demand broke the 100,000 unit barrier in 2007 but fell to 40,000 in 2009 as a result of the GFC.