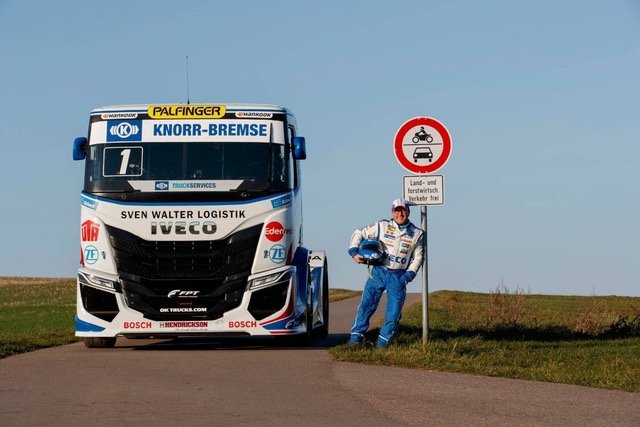 *6-time ETRC Champion talks about his hunger for more titles, the next generation Hahn and why fans are crucial to truck racing

A fierce competitor, cool on the outside, always in the mood for a tongue-in-cheek joke and when things don’t go well on track, he hides it quite well behind a poker face. Jochen Hahn has undergone an amazing transformation and certainly matured in the many years he has been racing trucks. Behind the now relaxed facade is an enormous amount of hard work and the analytical ability to assess the competitors as well as the situation on the race track. Above all, Hahn has learned to keep his emotions under control in the race. He wants to win, but certainly not at all cost anymore.

“Winter is the time to prepare physically and mentally for the next season,” says Hahn “For me a balanced family life is crucial for my mental strength. And if it works out that I’m strictly in the workshop from eight to eight, I’m in tune with myself. Besides, we have a good team, so there’s no stress.” Of course his wife Diana plays a key role in the team. She has been taking care of a large part of the organisation for many years, looking after sponsors, hospitality, the deployment of the staff at the events and much much more.

Even though 2020 was cut short, there was plenty to take away for Hahn from the two race weekends, in which the MAN teams returned to the top with a bang. “We quickly recognised our problems,” says the record European champion. “But it would have taken at least two or three race weekends to fix it, and it was clear to me that it wouldn’t be enough for a successful title defence.”

The pandemic did not only account for the cancellation of race weekends, it also prevented fans from attending the races with the exception for a small number of spectators at Most. “In my opinion, the fans are a crucial part of truck racing,” says Hahn. “In our sport, the partnership with the sponsors is based on races which spectators can attend. Because that’s what makes us different – the closeness to the spectators, who can almost ‘touch’ us in the paddock. That’s our strength.”

The pandemic, Hahn adds, has also brought truck racing further into an area “that I have always resisted.” He sees social media activities and influencers as a useful addition, but for him the direct contact with the spectators and fans remains the real brand core, without which everything else has no value.

“We are happy to be part of an FIA racing series with a strict hygiene concept, which has proven itself worldwide,” says Hahn. He hopes for vaccinations and people’s common sense so that a real European Championship can take place again in 2021. It is also clear to him that things won’t be as they were before, and that for some time events will only be possible with restrictions. 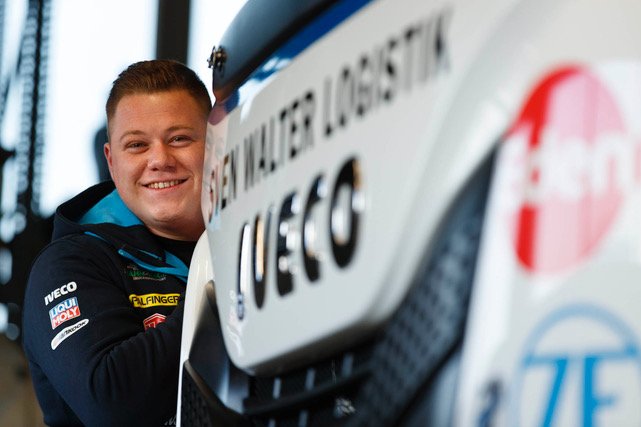 The 47-year old has also thought a lot about his own future and there is even a plan for the end of his career. Whether he’s still motivated for more after winning six titles? “Absolutely! No question about it, the hunger for the next title is still there.”

The first three championships were very emotional, Hahn recalls. “I was really happy with the fourth title, the fifth was something very special because it was the first with Iveco after I changed brands.” Title number six too holds a special place for Jochen. His father Konni, who founded and built up Hahn Racing, witnessed his son take an historic sixth FIA ETRC title at the race in Le Mans before he sadly passed away a few weeks later.

In the meantime Hahn is also able to be happy about a second, third or fourth place, “if I know why I didn’t finish at the top and see the possibility to improve.” Only once he realises that he’s not up for it anymore, lacks grit or motivation, “then I’ll stop.”

By then, the next Hahn will probably be ready to go. Lukas Hahn, the 22-year-old son of Jochen and Diana, has already made his debut in the FIA ETRC at Most last year. Whilst he’s still busy with completing his degree, he certainly wants to follow in his father’s footsteps. “He has a good racing instinct,” says Jochen. “How often he can and will drive in the next two or three years depends on the economic possibilities and his long-term interest.”

Even though Lukas is still a little coy about his ambitions, it was obvious that he enjoys racing the 5.3-tonne IVECO S-Way at the race in Most last year, where he claimed a podium in the Goodyear Cup.