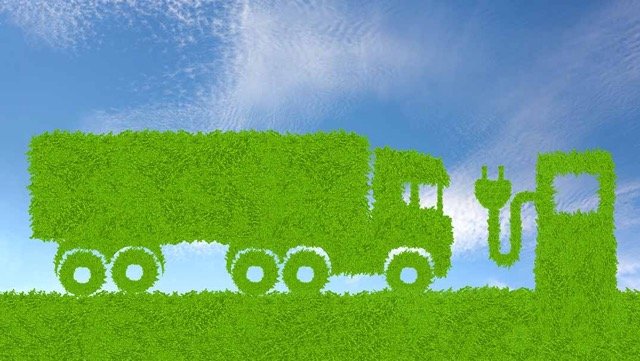 The Irish Bioenergy Association (IrBEA) has published “Transport in Ireland: A Pathway to Halving Emissions – Meeting ambitious emissions reduction in Ireland’s Transport sector and the role of Sustainable Bioenergy”. This report was developed by UCC MaREI on behalf of IrBEA.

The report clearly shows that Ireland has a clear pathway to halve its emissions from Transport through the introduction of a combination of policy interventions and measures including electrification, increased biofuels blending, biomethane and driver efficiency measures. There is no single solution to decarbonising our Transport sector but by utilising a combination of different fuels, technologies and driving efficiency measures, emissions from our Transport sector can be halved by 2030.

Speaking at the launch of the report Paddy Phelan, President of IrBEA, said: “This report shows how the renewable transport sector must play a significant part in delivering on the Government’s CO2 emissions reduction ambition set out in the 2021 National Climate Action Plan”.

“This report developed by Dr Paul Deane and his team at UCC MaREI is a call to action for the Government and to recognise the strong role of sustainable bioenergy. Bioenergy including bioliquids (Ethanol, Biodiesel and HVO) and biogas/biomethane, as an indigenous, locally sourced energy source can deliver large emissions reductions across the Transport sector in Ireland”.

The report identifies a diverse range of decarbonisation options and policy interventions required from Government to deliver a 51% reduction in Transport emissions including:

Report Author, Dr Paul Deane of UCC MaREI, said: “This report provides policy and decision-makers with a roadmap on how we dramatically reduce emissions from our Transport sector through the use of renewable energy resources, having a big impact on addressing our climate challenge.

“The analysis we’ve conducted demonstrates that a 35% renewables in Transport ambition can make a direct contribution to Ireland’s 51% target in greenhouse gas emissions reduction by 2030.”

James Cogan, IrBEA Transport Subgroup lead added: “Ireland is in the grip of a severe crisis where transport climate action is concerned.  Emissions are actually increasing,  halving emissions by 2030 means halving diesel and petrol use by 2030.  Solutions need to be acceptable to the public, cost effective and compatible with how people live their lives.  Sustainable biofuels already save over half a million tonnes of carbon emissions annually, and that contribution could be doubled or more by 2030.”

Seán Finan, CEO of the Irish Bioenergy Association (IrBEA) concluded: “We are delighted to launch this report and thank Dr Paul Deane and his team at UCC MaREI for their work. We call on Minister Ryan and the Government to adopt and implement the proposals, ambition and measures outlinedin this report. We call for the immediate ramp up of supports, policy interventions for renewable transport and particularly sustainable bioenergy measures. We want to see enhanced Government recognition of the role sustainable bioenergy including bioliquids and biomethane can play to transition the Transport sector away from fossil fuels. The recently published Climate Action Plan has yet to determine measures to remove a further 4 million tonnes of carbon emissions. Increasing the deployment and ambition for bioenergy in Transport through the Biofuels Obligation Scheme is an obvious choice.”

Some Key numbers in the Report:

Brexit, Transport Options to Europe & Appeal of Shannon as a...