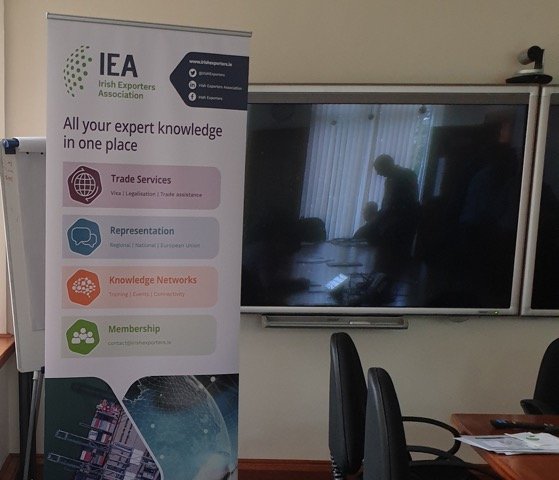 As the United Kingdom is set to leave the European Union, when and how continues to be uncertain as political developments in Westminster continue to unfold, this meeting was a reminder, not that anyone in the room needed it, of how urgent preparation is.

Simon McKeever, Chief Executive, IEA, discussed the latest insights into Brexit with an update on national and European no-deal contingency planning. The update outlined meetings with Government Departments and the IEA vowed to continue to keep all members informed on events as they happen. A very useful pack was prepared for attendees outlining the best available guide to prepare for “a no-deal guide checklist”.

A report from the IEA’s Pascal Koenig on the National Competitiveness debrief meeting highlighted difficulties with delayed planning for members with a call to Government to expedite the implementation process of SI 254 & 255 to provide greater certainty and transparency in the planning process. Other issues addressed were, climate change and energy diversification, labour shortages, and structural shortcomings in corporate insurance systems.

Howard Knott, Consultant to the IEA and Fleet Transport columnist, gave a presentation on ‘The risks and costs of sticking with a British Landbridge after Brexit”. His talk outlined the current options of Ro-Ro, capacity, and frequency for both Ireland to Great Britain and England to Dover. Howard suggested that companies have a second look at container traffic with sailings servicing northern and southern Europe. The timings and routes can have minimal impact on transit time if planned over weekends. Accompanied trailers sailing to continental Europe may have longer travel periods from nineteen hours to forty two hours depending on the destination, but aligned with driver’s hours the door-to-door times will have little difference according to Knott.

Fred Rodgers, Sales & Service Manager for Thermo King Ireland gave a presentation on the company’s plant in Galway which started operations in 1976. The Irish facility manufactures for the Europe, Middle East and African regions, producing both the trailer and truck refrigeration units. Galway is also home of the company’s research and development department. Presently, the Galway plant employs six hundred people which includes Celtrak, another Galway company which was acquired by Thermo King in 2015. The integration with Celtrak tracking software allows for continuous tracking and tracing of not only the refrigerated units but also the units’ performance.