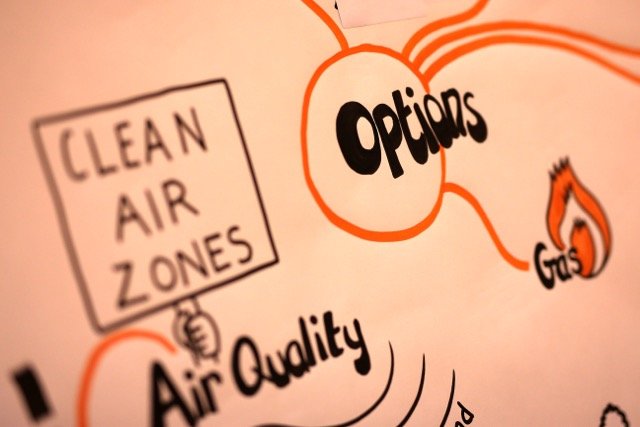 The Freight Transport Association Ireland (FTAI), is calling on the Minister of Communications, Climate Action & Environment to prioritise the opening of the country’s Compressed Natural Gas (CNG) refuelling sites, if the road transport sector is to be able to achieve its emissions reduction targets by 2025.

In its CNG Now! Paper, just published, the FTAI’s Alternative Technologies Working Group has challenged the Irish Government to prioritise urgent support and infrastructure for the freight and logistics sector, so that new cleaner fuel technologies can be adopted nationwide and climate and air quality targets achieved.

“Without sufficient CNG refuelling sites across the country, the logistics sector is simply marking time, rather than achieving the switch to CNG and other alternative fuels which will reduce emissions levels and improve air quality,” said Aidan Flynn, General Manager for FTAI.

“FTAI members have already invested in CNG-fuelled trucks on the understanding that five fuelling sites would be operational from December 2017 (DTTAS National Policy Framework Alternative Fuels Infrastructure for Transport in Ireland) – yet there are still no public service stations operational due to regulatory bureaucracy.

Without these sites, the campaign by the government to drive operators to the purchase of new CNG vehicles has been nothing more than a costly PR exercise, for which logistics businesses have taken a serious financial hit.”

“FTAI’s members have indicated that the delays in opening the Dublin Port CNG fuelling site are costing €2,000 per month per CNG truck – and with some members already owning at least four of these vehicles, this represents a huge financial outlay for businesses that have no indication when they can start operation.

In addition, the commitment made by government to set excise duty of €9.36 per megawatt hour must be extended to 2030 (as the UK has done) as the timeline on this has been running down even though we do not have refuelling sites open.

Without this commitment to efficient CNG sites, Ireland’s logistics industry is being hamstrung on achieving its emissions standards by a government which has failed to deliver its promises on carbon taxes.”

The EU voted this week on the adoption of a CO2 emissions reduction policy for heavy goods vehicles that will see a requirement to have a 15% reduction in emissions by 2025 (compared to 2019 performance) and at least 30% lower by 2030 (subject to review in 2022). Trucks, buses and coaches produce around a quarter of CO2 emissions from road transport in the EU and around 6% of the EU’s total CO2 emissions.

Dedicated gas trucks can contribute to this target. The Causeway project, announced in 2016, was established to form a CNG refuelling network for CNG vehicles nationwide, which was expected to deliver 14 fast fill stations, yet as to date no stations have been opened.

“It sounds preposterous that there is a campaign by the Irish Government to roll out new alternative technologies, yet when industry invests in the same, the infrastructure is not available to fuel the vehicles.

Our members have indicated that the delays in opening the Dublin Port CNG fuelling site are costing €2,000 per month per CNG truck, with some members having at least four of these new vehicles. According to the Alternative Fuels Infrastructure for Transport in Ireland 2017 -2030[1]  it is expected that there will be 19 refuelling sites for CNG in operation by 2020 (currently there is one built and none open!). It is essential to build industry trust that new alternative fuels are sustainable and viable options for industry. Priorities include ease of access to the refuelling network and refuelling sites strategically located in heavily used commercial routes.

Burning natural gas, compared to diesel, results in an approximate 22% climate benefit at combustion due to a reduction in carbon dioxide emissions. Industry will adapt to new technologies if there is business need, it is viable and can deliver to suit the company’s needs.

Gas Networks Ireland has been working hard on getting the gas to key strategic locations for refuelling sites. To support the efforts of the logistics industry in cutting emissions, it is now vital that the energy regulators be specifically mandated to accelerate their work in opening CNG stations, and to reduce the regulation involved in third party sales of gas to fleets.”