“Without immediate action, its share could reach 40% by 2030. Transport emissions have grown faster than those of any other sector over the past 50 years. Demand for transport will continue to grow massively in the coming decades. As a result CO2 emissions from transport activity will not fall, but could increase by 60% by 2050. And because transport relies on oil for 92% of its energy, it is particularly hard to decarbonise.”

The Decarbonising Transport initiative helps Governments and industry to translate climate ambitions into actions. Specifically, it:

The Decarbonising Transport initiative is organised in five work streams:

The Decarbonising Transport initiative does not advocate specific measures or policies. Building on an evidence-based assessment of mitigation impacts, it identifies options for decision-makers to achieve their targets – for instance the Nationally Determined Contributions (NDCs) submitted by countries under the Paris Agreement, as well as targets set by sectors, companies or cities.

The assessments of the Decarbonising Transport initiative are grounded in data analysis and advanced modelling. Uniquely, the ITF modelling framework derives projections of transport activity from analysing the drivers of demand. It then models how changes in mobility patterns affect CO2 emissions.

All work streams of the Decarbonising Transport initiative are open for involvement. The initiative currently unites more than 70 governments, organisations, institutions, foundations and companies. Partners contribute in different roles including as funders and knowledge partners.

The Decarbonising Transport initiative was launched in 2016 with core funding from the ITF’s Corporate Partnership Board (CPB). Other funding partners currently include the Governments of France, Korea, Ireland and the Netherlands, the World Bank, the European Commission, the Climate Works Foundation, the Fédération Internationale de l’Automobile (FIA), the FIA Foundation, the International Road Transport Union (IRU) and the Swedish Shipowners’ Association. 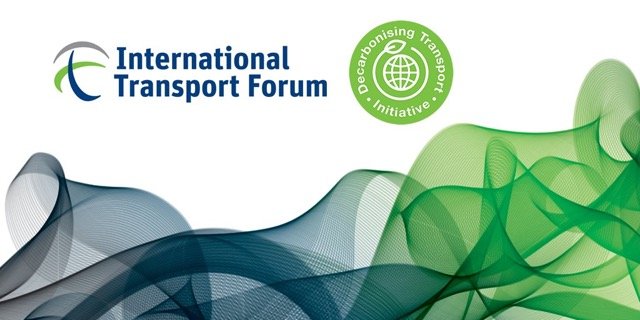 PSA Group on a crest of a new wave of vans