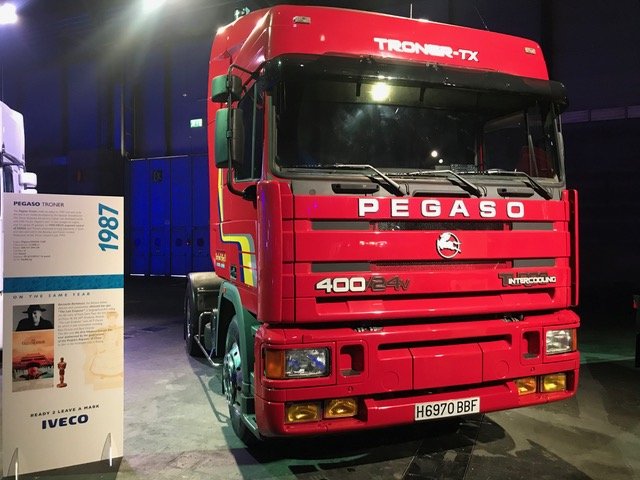 *The Spanish brand has brought to IVECO a rich legacy of innovation, passion and strength and the manufacturing excellence of its plants in Madrid and Valladolid.

Seventy-five years from the creation of the Pegaso brand in Spain, its heritage of passion, pioneering spirit and strength lives on in IVECO truck’s DNA. Pegaso was founded by Empresa Nacional de Autocamiones (ENASA) in 1947, taking the name of the winged horse from Greek mythology that symbolised power and lightness. Its production line was in the former Hispano Suiza factory in Barcelona until 1955, when it moved to a new factory in Madrid – where IVECO trucks are built to this day.

Commenting on reaching this milestone, Luca Sra, Chief Operating Officer IVECO Truck Business Unit, said: “This year marks an important milestone in IVECO’s history, which gives us the opportunity to remember and celebrate the impressive legacy of innovation, game-changing achievements and pioneering spirit of the legendary Pegaso brand. Its forward-looking, visionary approach to vehicle design, its passion for excellence live on in our people and in the IVECO vehicles travelling on roads across the world.”

The first two truck models, the Pegaso I and Pegaso II, inherited the modern flat cabin of the Hispano Suiza 66-D, which became so popular that for many years cab-over models were called a “Pegaso type” truck. Right from the beginning, Pegaso trucks stood out for their outstanding performance and fuel economy.

Pegaso’s pioneering spirit was evident when it designed and produced its first prototype of electric truck as far back as 1952. The Pegaso II could be charged in just 5 hours and had a range of 75 km. The promotional information about the prototype could have been written today, highlighting the excellent acceleration, low energy consumption, quiet operation, and lower tax costs. While it never entered production, the Pegaso II electric prototype served as the basis for the development of trolleybuses.

Pegaso made a big impact at the 1989 Barcelona Motor Show when it presented the first concept truck in the European industry. The SOLO 500 anticipated many technologies we enjoy today, such as GPS, rear-view cameras, proximity radar and other systems designed to help drivers.

The first phase of construction of the Pegaso Madrid factory was completed in 1955. Throughout its history, the facility has continuously evolved, and is today one of the most advanced state-of-the-art factories in the world. It was the first CNH Industrial factory to achieve Gold level in the World Class Manufacturing programme (WCM) in 2017. In 2008, it reached the milestone production of its millionth unit. Today it is home to production lines and an R&D centre dedicated to IVECO’s heavy-duty vehicles. 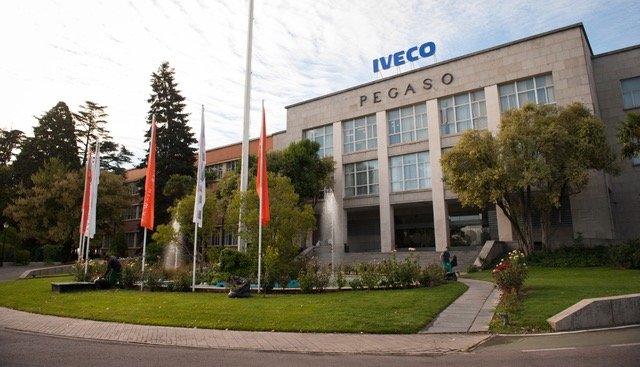 In 1957, Pegaso acquired manufacturer SAVA, which produced light and medium commercial vehicles in its factory in Valladolid. In 1990, this facility became home to the Daily production line. Over the years, the factory has earned an international reputation for excellence, and it is today a pioneer in 4.0 industry and certified Gold level in WCM. It produces the cabin chassis version of the Daily as well as the Hi-Matic models featuring IVECO’s 8-speed automatic transmission. It also produces and paints sheet-metal cabins which it supplies to the IVECO plant in Madrid.

Pegaso, which also manufactured cars, is one of few brands that can boast about having competed in championships such as the Monaco GP (1952), the 24 Hours of Le Mans (1953) and the Carrera Panamericana (1954).  It also shares with IVECO a history of truck racing, having competed in the European Truck Racing Championship in 1989 and 1990, secured 4 consecutive victories on the Jarama racetrack, and participated in several editions of the Paris-Dakar Rally.