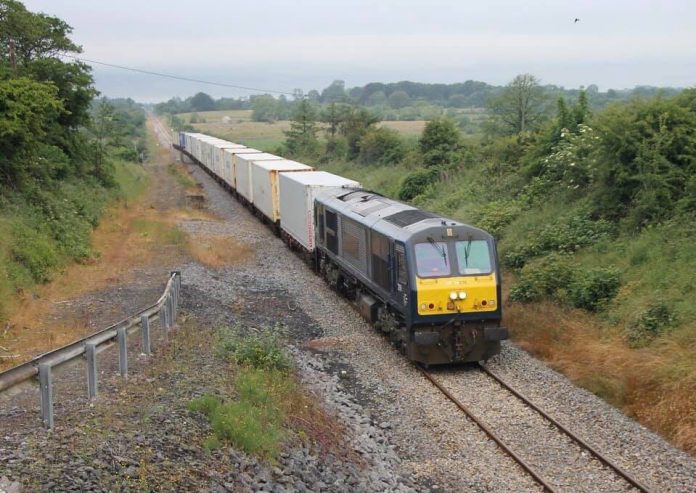 IWT (International Warehousing & Transport), the country’s largest rail freight logistics operator, which currently runs daily freight trains from Ballina to Dublin, has called for the reopening of the Western Rail Corridor connection from Ballina ‘Inland port’ to the Southern ports.

In addressing the Joint Oireachtas Transport Committee, Colin Dunne, IWT joint-Managing Director, called for the reopening of the rail link from Mayo to the South and for the cost of using the railway lines to be decreased.

“There’s an urgent need to reopen train lines to ports on the South coast due to the shift in trade patterns since Brexit,” he said. “And in the meantime a service to Waterford (via Kildare) could be opened immediately.”

Colin added that it was the ambition of IWT to expand and develop its services across the country. “Having invested heavily in our rail freight operations in Ballina we see an urgent need in the Post-Brexit era for rail connectivity to the Ports of Waterford and Foynes (when reconnected) and others. We are confident that many new business opportunities would arise if it were indicated that this infrastructure was to be made available.”

“The restoration of the rail freight connection from Mayo southwards to those Southern ports, as proposed by the Transport Minister recently, would allow for greater flexibility and alternative exit points for current business as well as the development of such new business opportunities.”

“In order to support this rail service IWT has invested in excess of €2 million in our depot in Ballina, County Mayo with a capacity to operate the first and last mile 24/7. We have a modern fleet of trucks trailers and heavy lift port type reach stackers for lifting laden and empty containers.” 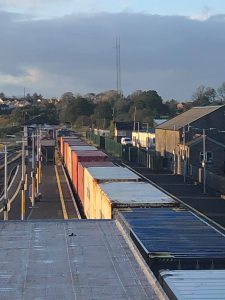 “In mainland Europe, Ballina would be referred to as an Inland Port and countries such as The Netherlands consider Inland Ports of strategic importance for competitive advantage to local industry,” Colin explained.

“Our existing rail freight service is a significant addition to our portfolio of international services. We are the largest single freight customer of Iarnród Éireann. IWT charter the train thereby taking all the commercial risk and slots are available for the entire market to use. We are now interested in expanding our rail freight operations serving locations on the Western Rail Corridor. A number of other potential customers have been identified including potential traffics from Cork to Ballina, Foynes to Ballina and Waterford to Tuam/Claremorris and Ballina,” he added.

“In addition to facilitating direct access to Southern ports such as Waterford and potentially Shannon-Foynes and Cork, the restoration of the rail link between Claremorris and Athenry would provide us with an alternative route to Dublin in the event of unforeseen interruptions/congestion on the radial line from Claremorris to Athlone. There is already evidence of traffic congestion on the existing radial route from Dublin to the West. As our operations continue to increase this becomes a more pressing issue.”

“There is a quick and available opportunity to commence a new service from Waterford to Ballina immediately and IWT is willing to commit to this,” he concluded.