Home Breaking News JMC Ireland honoured at the Palletline Awards with Member of the Year... 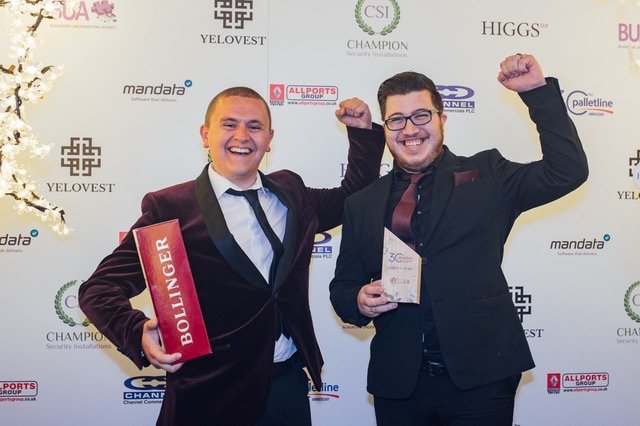 JMC Ireland was among seven prize-winners at the Palletline’s 30th Anniversary Awards. The road freight and distribution company was voted Member of the Year 2022 by fellow members of Palletline.

The accolade was in recognition of Dublin headquartered JMC’s contribution to the network before, during and after Brexit, using its expertise to take the lead, enabling Palletline members and their customers to continue serving Ireland.

Garrett Thornton, Director of JMC, and his team were delighted with the award and said: “There had been a lot of uncertainty in advance of the UK leaving the EU. But by establishing a Customs Clearance Division and working closely with Palletline, our fellow members and their customers it’s been business as usual.”

The award comes as the JMC starts an exciting new chapter in its story which spans more than three decades. Established in 1990 the company has been a member of Palletline since 2010. It made the decision to join the network, having admired its customer focused culture, in a bid to grow its business in the UK. It was a shrewd move which has reaped dividends for JMC.  Today, the UK market makes up almost a third of its business which continues to grow and evolve.

Last month the company doubled the size of its warehouse space by investing in an additional 160,000 sq ft facility at Baldonnell, Dublin, Garrett said the original warehouse (on the Naas Road) will be used for contract logistics, pick-pack and storage while the new facility will be used as a purpose built Transit Facility: “The new facility is tailored to meet our specific needs so it will enable us to boost our productivity, providing an improved, faster and more efficient service for our customers.”

n complimenting the team at JMC, Graham Leitch, Palletline’s Group Managing Director said: “Congratulations to the team at JMC on winning this award. The industry has experienced more challenges than usual over the past three years and we continue to face fresh challenges as we speak. But it is the hard work and commitment of each and every one of our members that enables the continued success of Palletline and ensures the network can weather any storm and continue providing the very best service for our customers.”

The awards ceremony  was held at the Hilton Metropole Hotel in Birmingham and attended by 500 guests. While marking Palletline’s 30th anniversary it was the first time in three years the event took place.