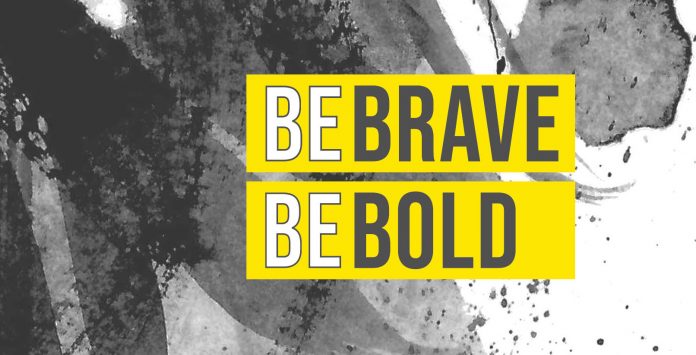 Among the 24 finalists shortlisted from more than 120 nominations by an independent judging panel of previous winners, a number of leading figures from the Irish automotive and transport sectors are among the finalists chosen to contest the 2019 Ernst & Young EY Entrepreneur of the Year Award. Many of the nominees are well known in the industry with many featuring in the annual Fleet Transport Awards programme over the years.

Established in 2016, they have experienced rapid growth and won multiple awards. With over 350 customers across the UK and Ireland and growing, they hope to add their first US customers later this year. Based in Dublin with offices in UK, they employ over 30 staff and have plans to grow the team to over 60 in the next 18 months. Previously, the pair have extensive combined experience of over 45 years in the fleet and telecommunications business. From an early age, they both have been instrumental in creating successful businesses such as Universal Graphics, Ireland’s leading vehicle branding company and eDrive Group, a fleet technology firm which was successfully sold in 2016. With their experience, the pair were perfectly placed to identify the opportunity for their solution. Their vision now is to displace the telematics industry with CameraMatics, globally.

Ashley McCulla is Chairman of McCulla (Ireland) Ltd, a leading temperature-controlled storage and distribution company, serving the UK, Ireland and continental Europe. Since taking (joint) ownership of the business from his father in 1992, turnover has increased to £24million and the business has diversified significantly into a fully integrated coldchain. This year, McCulla Ireland celebrates 50 years in business. Continuous investment has centred on service diversification, facilities/equipment, technology integration, developing customer partnerships, environmental protection and staff development.

The company has specialist capabilities in niche sectors which involve compliance-heavy, temperature-critical and high value/sensitive loads, and the company’s cold stores have unique blast-freezing and uptempering facilities. Since installing an anaerobic digester plant, McCulla Ireland is the only company in the UK and Ireland to have a totally carbon-neutral cold store. McCulla Ireland has won 14 UK and Irish awards in the last two years and Ashley was 2018 Family Director of the Year at NI Institute of Directors Awards. Ashley has other business interests in a waste recycling plant, an oil bio-remediation technology company, two building companies and operates two farms. He is Junior Vice Chairman and on the Board Of Directors of the Road Haulage Association.

As an Electrical Engineer Donnacha had an almost thirty-year career in industry spanning Ireland, the UK and the US, with positions in Electrical Construction, Pharmaceutical Manufacturing and with Aer Lingus as CEO of TEAM Aer Lingus. Since 2001 Donnacha has focused on developing Motor Mania Limited through its shareholdings in companies in the specialist sectors of Vehicle Conversions through Wilker & AJES and in the distribution of water/waste water pipes, valves and fittings via M+G which has been serving Irish Water, Merchants & Contractors for over 60 years from its base in Tallaght.

Company sales are both public sector as well as commercial customers throughout Ireland, the UK and markets further afield including Abu Dhabi, Cyprus, Trinidad, Tasmania, Channel Islands and the Falklands. Specialist vehicle convertor Wilker & AJES holds a leading market position in Ireland & UK primarily serving the Emergency Services of Ambulance, Police, Fire & Military as well as undertaking general vehicle conversion work for industrial and commercial use. Its AMBULANCE Conversions can be seen on the streets of Dublin, Liverpool, Manchester, London and Abu Dhabi, amongst others. Wilker employs 200 people in its factories with headquarters in Clara, County Offaly and has UK factories in Cheshire and Manchester.

Mark Whitaker was appointed Chief Executive Officer of Johnson & Perrott Motor Group in 2001, having previously held the post of General Manager at the Group’s Fleet Division. Mark studied Law at UCC and qualified as a Chartered Accountant working with the firm EY in 1990. In 2008 he completed the Owner Presidents Management Program (OPM 37) at Harvard Business School. In his 18 years as CEO, Mark led a broad investment program in all aspects of the business including the acquisition of units in the Opera Lane Retail Quarter in 2009.

In 2012, he led the disposal of the Group’s Avis car rental operation and the re-focus of the Group’s operation into three core areas of Motor Dealerships, Fleet Management and Commercial Vehicle Rental. This included the acquisition of three companies, including National Truck Rental in 2018. Mark currently sits on the Board of Cork Chamber of Commerce and on the Advisory Board at the National Maritime College of Ireland. He was previously a member of Governing Body and Chair of the Finance Committee of Cork Institute of Technology, together with being a Board member of St. Luke’s Home Cork and the UCC Family Business Partnership Board.

Pat McDonagh is the Managing Director of Ireland’s most successful indigenous quick service family restaurant group, Supermacs’, with over 116 restaurants throughout the country. The company employs over 4,000 people nationally and has helped to establish up to 60 self-employed franchisees in their own successful businesses.

Pat and his wife Una are the owners of the Só Hotel Group that includes the Castletroy Park Hotel in Limerick, the Loughrea Hotel & Spa, the Charleville Park Hotel in Cork, the Killeshin Hotel in Portlaoise, the Athlone Springs Hotel and the Castle Oaks House Hotel in Castleconnell. They also own the Plaza group which comprises of six motorway service stations across the country.

Patrick Derry is the M.D. of DRT(NI) Limited, a leading food storage and distribution company based in County Armagh supplying all major CDC’s and wholesalers in Ireland. Patrick grew up experiencing the buzz of buying and selling at Belfast Fruit Market and at 9 years old earned pocket money by selling tomato boxes in and around the market. He left school at 15 to work in the markets but by 1999 at the age of 19 it was clear that larger UK supermarkets were replacing the conventional food markets so Patrick purchased a lorry and trailer and established Derry Refrigerated Transport.

He grew the company steadily and today his company is one of the major distributors of fresh and frozen goods in Ireland, with a fleet of 70 trucks, 127 refrigerated units and 200 staff. The company is opening the first phase of its £9 million state of the art depot this year – Carn Coldstore which will be a bespoke facility, the only one of its kind in Ireland. The store will consolidate multiple food products from factories in Ireland to be stored, labelled, order picked, assembled, packaged and dispatched daily to end users in Ireland and the rest of Europe. ‘Failure is a given but success is a must’.