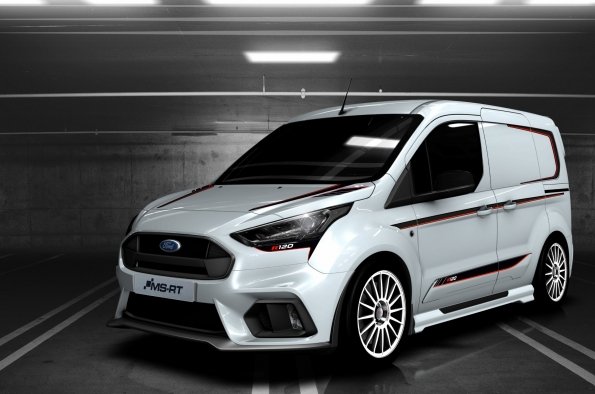 Here’s a rendition of ‘Frozen’ that you won’t mind sitting in front of in the run-up to Christmas.

The company, which uses styling and technology pioneered by Ford’s works rally team, is producing a limited run of 30 R120s in the mainland UK and 6 in Northern Ireland, with the model designed and built at its factory in Pontypool, South Wales.

This strictly limited edition is based on the Transit Connect Panel van as a two or three-seater, in either short or long wheelbase configurations. The vehicle is available only in Frozen White, with subtle red and black rally decals and specially designed white rally-inspired OZ Racing Alloy wheels.

A further feature is a Maxhaust system, which uses app-based technology to deliver the sound of a sports exhaust through the van’s integral speakers, giving it a soundtrack to match its impressive road dynamics. This product will be a supply-only option from MS-RT.

The van will be available on a strictly limited basis with no plans to increase the production run, guaranteeing its status as a future collectors’ item and helping it stand out from other LCVs on the road.

All MS-RT Transit Connects including the R120 come with a choice of manual or automatic transmission.

MS-RT Founding Director, Edward Davies, said: “The MS-RT Transit Connect has already been a huge success and we’ve developed the R120 in response to customer demand for something even more bespoke. The special edition model is sure to sell out very quickly and become an icon among fans of the MS-RT brand.”

Each van is constructed by hand at MS-RT’s Pontypool factory, which employs over 80 staff, all individually trained to meet the company’s exacting levels of craftsmanship.