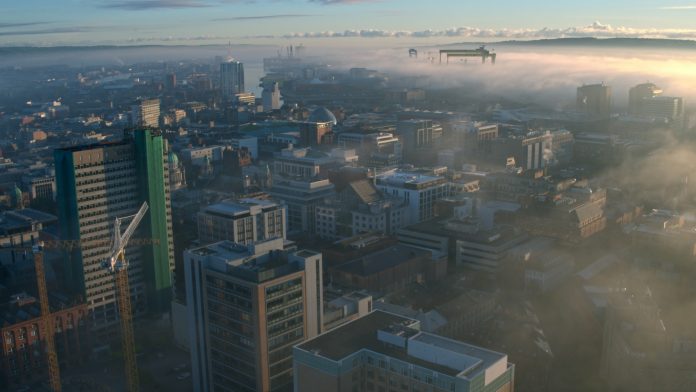 The British Government’s approach to the Northern Ireland protocol paper, announced by Michael Gove MP, has been received with optimism by the UK’s logistics industry.

The Freight Transport Association (FTA), the business group that represents the sector, has reacted positively to Mr Gove’s statement and sees the plans outlined within it as a welcome commitment by the government to the obligations it signed up to in the Northern Ireland protocol and its EU exit deal proposal.

According to Seamus Leheny, FTA’s Northern Ireland policy manager, the announcement is an encouraging step towards guaranteeing NI’s businesses unfettered access to the rest of UK trade while ensuring continued frictionless trade with the EU: “NI’s economy relies on the seamless movement of goods and services to and from Great Britain”, he says, “and today’s announcement will give reassurance to Irish businesses that these trading relationships should continue with minimal interruption. However, the likelihood is that some additional process will be needed to move goods into NI and this could create delays and additional costs which must be avoided if possible.”

The UK Government has confirmed it will not levy tariffs on goods which will remain within its territory, with only those items going to the EU or deemed at risk of further distribution to incur a charge. According to the Government there will be no export documentation, exit declarations, customs formalities or regulatory checks on goods leaving Great Britain for Northern Ireland, and no additional infrastructure in ports in Great Britain.

“Logistics operators in NI have been concerned for some time about the new trading environment in which they will be expected to operate,” continues Leheny, “and the constraints this may place on the ‘just in time’ supply chain. The declaration is a positive first step in ensuring the GB-NI supply chain, but more information is urgently needed to reassure operators that trade can continue to flow freely without unnecessary charges or delays.”

However, there is cause for concern within the declaration, with the UK Government’s acknowledgement that there will be some limited additional processes on goods arriving into Northern Ireland including some checks on agrifood products that will be required at Northern Irish ports or airports. As Mr Leheny says, there is limited infrastructure currently available to conduct the level of examinations which will be required.

“The need to check fresh produce and other agrifood products will need new or expanded infrastructure to be installed at a matter of urgency at all NI airports and ports, and these will need to be operated in conjunction with the NI executive,” Mr Leheny continues. “The frequency and nature of these checks must be determined by the special joint committee between the UK and EU as a matter of urgency, so that all necessary arrangements can be made in a timely fashion, and staff trained to the relevant standards and processes.

“The Government states that it will utilise technology in surveillance of trade between Northern Ireland and Great Britain to avoid any potential exploitation of the new protocol agreement,” he continues, “but logistics operators will want to know how this will work in practice and what they can do to mitigate it.

“The commitment by government that HMRC and other agencies will work with businesses in Northern Ireland, as well as providing funding and support, will be particularly welcomed by NI business, not least because they are the ones that will have to adhere to any new formalities, and absorb any subsequent costs. It is imperative that the UK Government continues to engage closely with the local NI business community to ensure that any new systems are efficient and easy to employ, to protect the Northern Irish economy from any unnecessary costs or delays.”

New ferry Stena Estrid is returning to the Holyhead – Dublin...