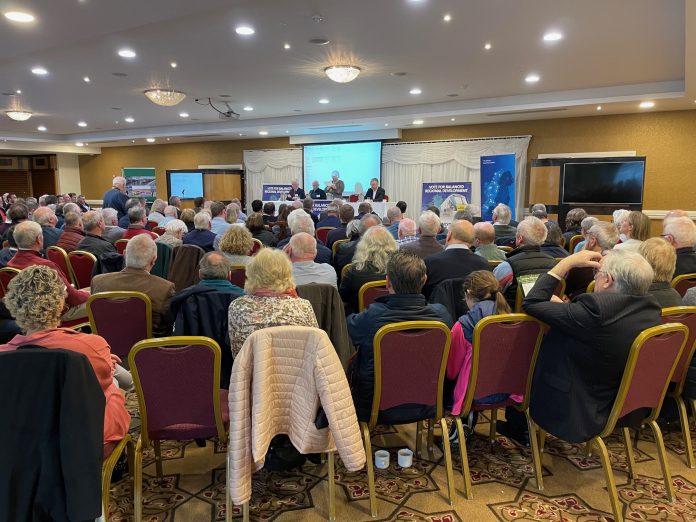 Over 60 towns were represented in Tuam on Saturday at a regional development conference organised by West on Track and hosted by Action Tuam.

Action Tuam Chairperson Ronán Long welcomed an audience of over 250 people from Derry to Kerry and overseas. Public representatives attended in large numbers and there was strong representation from multi-national and indigenous business, and freight interests. 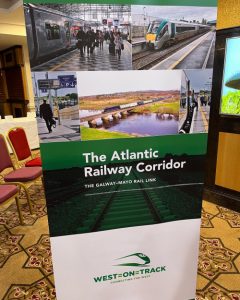 The opening address by Minister Dara Calleary TD sent a powerful message about the importance of balanced regional development and the commitment to address the west’s infrastructure deficits which make it a “lagging” region in Europe. 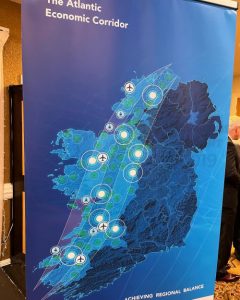 The conference expressed strong support for the development of the Atlantic Economic Corridor and heard calls for an urgent proactive policy for regional development and an end to centralized planning which ignores the needs of the regions.

The immediate reopening of the Western Rail Corridor was highlighted by all speakers as the first obvious step in redressing the infrastructural inequalities currently facing the western region. This should happen not just to Claremorris but subsequently to Sligo the conference was told. The need for development of rail in the north and northwest was also mentioned by contributors from the floor, including Steve Bradley of the Into the West Group.