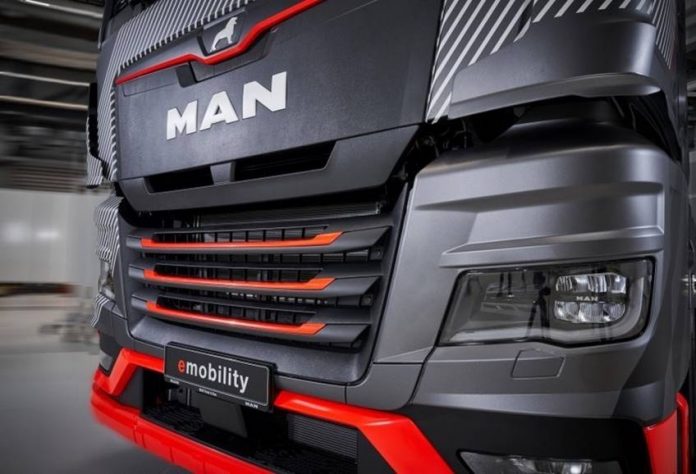 MAN Truck & Bus is accelerating the change to zero-emission commercial vehicles. Production of heavy-duty e-trucks in Munich is now scheduled to begin as early as the beginning of 2024 with prompt delivery of an initial 200 units. This is almost a year earlier than originally planned. MAN presented a near-production prototype of the new electric truck to the public for the first time this week in Nuremberg.

In addition to the new emission-free drives, MAN is developing comprehensive eMobility solutions that prepare customers for vehicle use at an early stage. “We need to drive the electrification of our fleet even faster. However, we will only succeed in ramping up e-mobility if we support our customers in their transition and convince them to do so. To this end, we are creating integrated digital solutions and charging offers,” explains Alexander Vlaskamp, CEO of MAN Truck & Bus.

In addition to accelerating the ramp-up of electric mobility, the commercial vehicle manufacturer is intensifying its research into hydrogen mobility. To this end, Bavarian Minister-President Markus Söder and Bavarian Minister of Economic Affairs Hubert Aiwanger today presented a funding commitment of €8.5 million for the “Bavarian Fleet” (Bayernflotte) project. In 2024, MAN trucks with hydrogen fuel cells are to prove their suitability at five customers in Bavaria.

“The Future starts now – We pave the road to Zero Emission” – this was the motto under which the Munich-based commercial vehicle manufacturer MAN Truck & Bus received representatives from politics, science and industry in Nuremberg to present a near-series electric truck and to give the starting signal for an important hydrogen future project. Alexander Vlaskamp, Chairman of the Executive Board of MAN Truck & Bus, said at the event: “MAN is accelerating its transformation and taking big steps towards emission-free drive systems. Our focus at MAN and in the TRATON Group is clearly on battery-electric drives. They form the basis for our heavy-duty e-trucks, which we will be launching on the market from 2024. Only when sufficient green hydrogen and the corresponding infrastructure are available well after 2030 do we expect to use H2 trucks in selected areas of application. That is why we are researching the topic of hydrogen and the funding from the state of Bavaria enables us to build up further expertise in the field.”

MAN CEO Alexander Vlaskamp also announced at the event that the first 200 e-trucks will be built at the beginning of 2024. The battery-electric trucks will then roll off the production line at MAN’s main e-mobility plant in Munich. In addition, the depth of added value for battery-electric commercial vehicles is to be increased – with in-house assembly of the so-called battery packs. MAN is accelerating the pace of the transition to fossil-free forms of propulsion and is getting ready for the emission-free future of freight and passenger transport.

The fact that battery-electric and hydrogen-powered fuel cell drives go hand in hand technologically and build on each other was underlined by MAN with the first presentation of the battery-electric prototype based on the new MAN Truck Generation. The electric motor, which draws its energy from batteries, is the starting point. BEVs (Battery Electric Vehicles) already offer the basic technology that combines customer requirements for cost-optimised, practical solutions with the striving for sustainability and climate neutrality in MAN’s trucks, buses and vans. As a supplement to this, trucks and coaches with H2 fuel cells can be used in the future, as these are based on the BEV powertrain, but replace a large part of the weight-intensive batteries with lighter hydrogen tanks and the fuel cell. 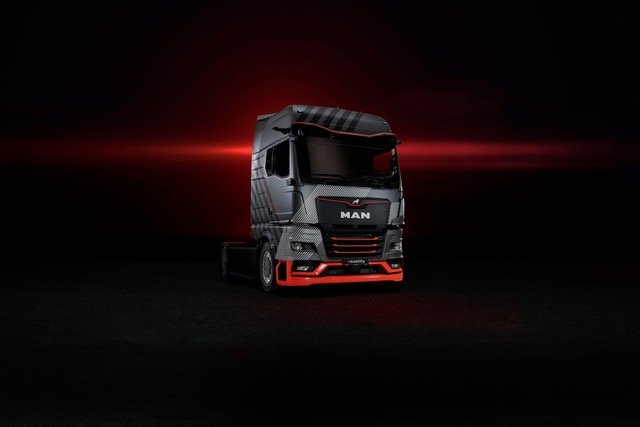 According to the current state of the art, commercial vehicles with fuel cells have a longer range than those with batteries as energy storage, but the energy costs of hydrogen in operation are foreseeably still significantly higher. The energy cost advantage of battery-electric trucks is the key to a rapid switch to e-trucks, which is urgently needed to meet the climate targets of the transport sector. To explain: fuel or energy costs account for the largest share of the total cost of ownership (TCO) for intensively used commercial vehicles.

Furthermore, the development of a charging infrastructure remains an essential factor for the transformation of the transport industry. Political support is indispensable here. The TRATON Group, the parent company of MAN Truck & Bus, will also make a contribution to this. The internationally active commercial vehicle company wants to help set up a high-performance charging network in Europe as part of a joint venture. Another reason why hydrogen as an energy storage medium will later become relevant as batteries for commercial vehicles is that green hydrogen will not be available in sufficient quantities in the near future and is likely to be used initially in industries producing steel or chemicals.

A central component on the way to emission-free drives are the vehicle batteries. MAN began building up its own expertise in the assembly of battery packs as early as spring 2021. The nucleus for this is the eMobility Technical Centre at the Nuremberg site, where the first battery packs for e-vehicle testing and internal tests have since been produced in individual production.