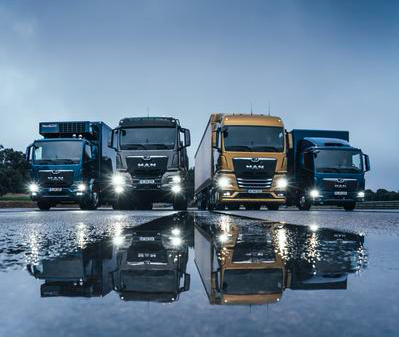 The Port of Bilbao, a most prominent port and transport hub gateway for Europe, was the chosen location for MAN Truck & Bus to launch a complete new range of trucks for the global market. Five years in the making, the significant investment in the new Truck Generationis a turning point for the German marque, now under the ownership of the Volkswagen AG subsidiary, the Traton Group.

In developing its new generation of trucks, MAN has invested heavily and focused significantly on the drivers and their daily transport tasks. It could be said that MAN lost its way in the modern day truck world as most other brands had refreshed their models in recent years. With what we have seen from the launch, the MAN ‘Lion’ is roaring back into the hearts and minds of the road transport operators. The root and branch revision of all aspects of the truck design, manufacturing and aftermarket has resulted in a product portfolio that aims to fulfill every transport operation and application. 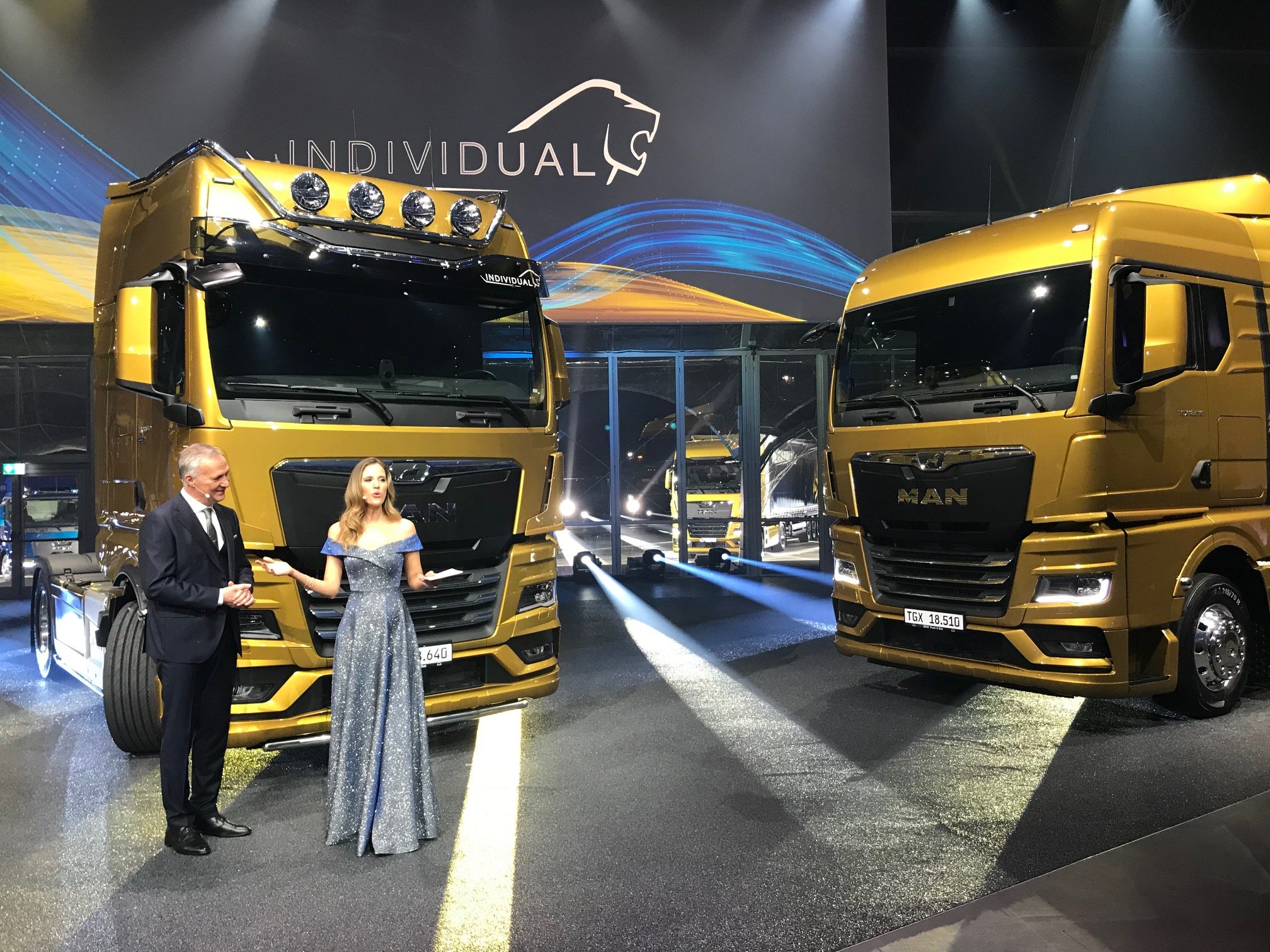 The new Truck Generation consists, as before, of the TGL, TGM, TGS and TGX model series covering from 7.5 to 46tonnes GVW. Eight different new cabs are available and the correct chassis platform can be configured and supplied for each sector. Design and styling has not been radically changed as the existing cab structures remain, but while the cab designs continue with the recognisable MAN corporate identity, the interior design has been radically changed, more driver oriented than ever before, a major step forward.

Retaining what is tried and tested, and making it even better where appropriate is the core thinking behind MAN’s new Truck Generation, based on the familiar model series line-up: Long-haul and heavy-duty transport jobs are still covered by the new MAN TGX models, recognisable by their wide, long and high cabs. As before, the new MAN TGX features a choice of three engine series offering a range of power outputs: the top-of-the-range MAN D38 developing up to 640 hp; the mid-range MAN D26 from 430 hp to 510 hp; or for light long-haul transport the MAN D15 from 330 to 400 hp. Alongside classic 4×2 and 6×2 semi-trailer tractors and chassis units, the 6×4 and 8×4 variants are also still available for the TGX, as they are a popular choice for heavy-duty transport operations for example. The 4×2 semi-trailer tractor can optionally be ordered with MAN HydroDrive, the hydrostatic front-axle drive providing additional traction on unpaved surfaces. With this diversity of options, the MAN TGX covers a range from 18 to 46 tonnes gross vehicle weight. For heavy-duty applications, a 250 tonne gross train weight is possible. 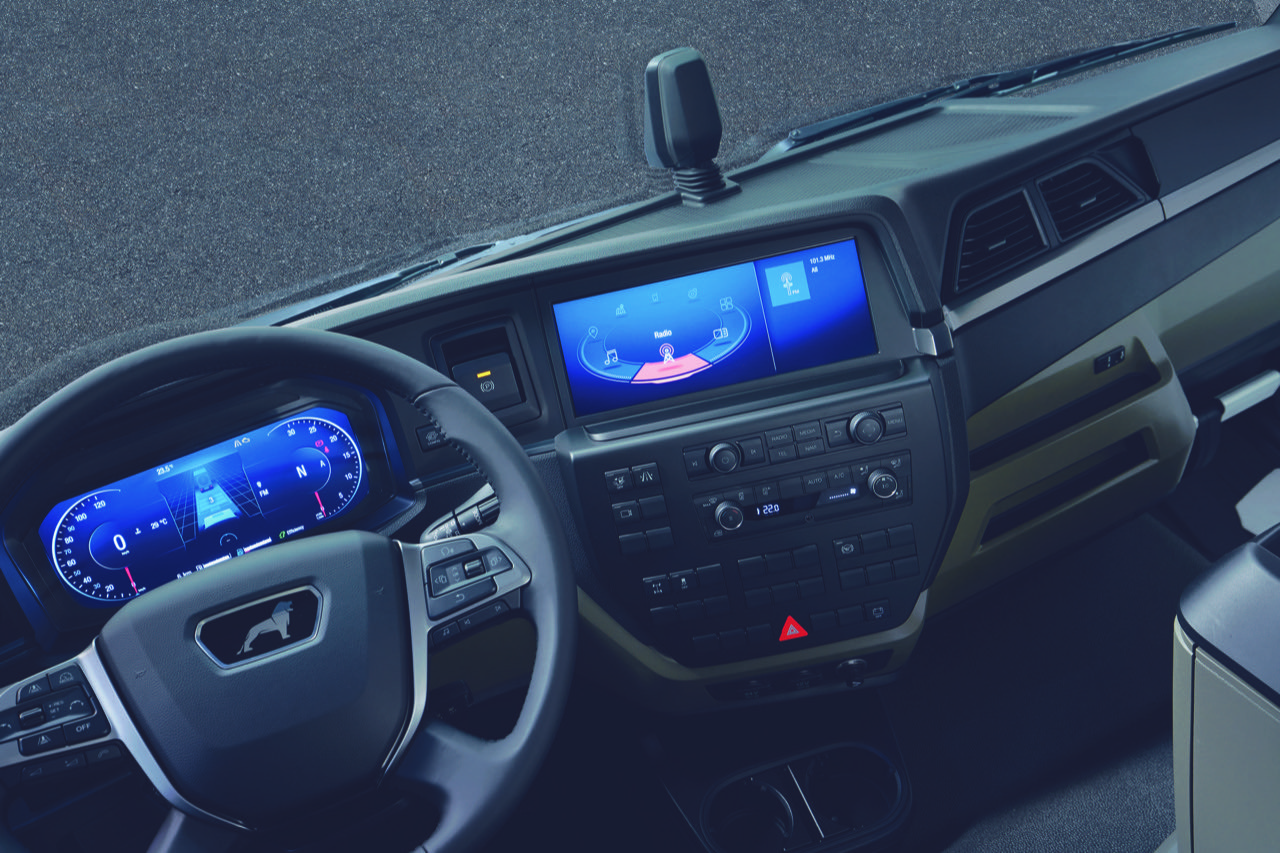 The new MAN TGS is targeted as before at the heavy-duty construction vehicle, national distribution and municipal services sectors. This model series is characterised by narrow cabs, because in typical applications both low unladen weight and good visibility are key. In terms of power units, MAN offers the TGS with the D26 or D15 engine, covering a broad power range from 330 to 510 hp. The wide range of variants also makes the MAN TGS the king among the lions when it comes to drive configurations. They include the 4×2 and 6×2 as semitrailer tractors or chassis units, the classic 6×4, 8×2 and 8×4 for a wide variety of sectors, or the specialist all-wheel drive rigs for rough terrain configured as 4×4, 6×6, 8×6 or 8×8. If the vehicle is mainly driven on paved roads, and additional traction is only occasionally required, MAN HydroDrive can be combined with a 2, 3-or 4-axle MAN TGS. Featuring such a variety of set-ups, the gross vehicle weight of the new MAN TGS ranges from 18 to 46tonnes. 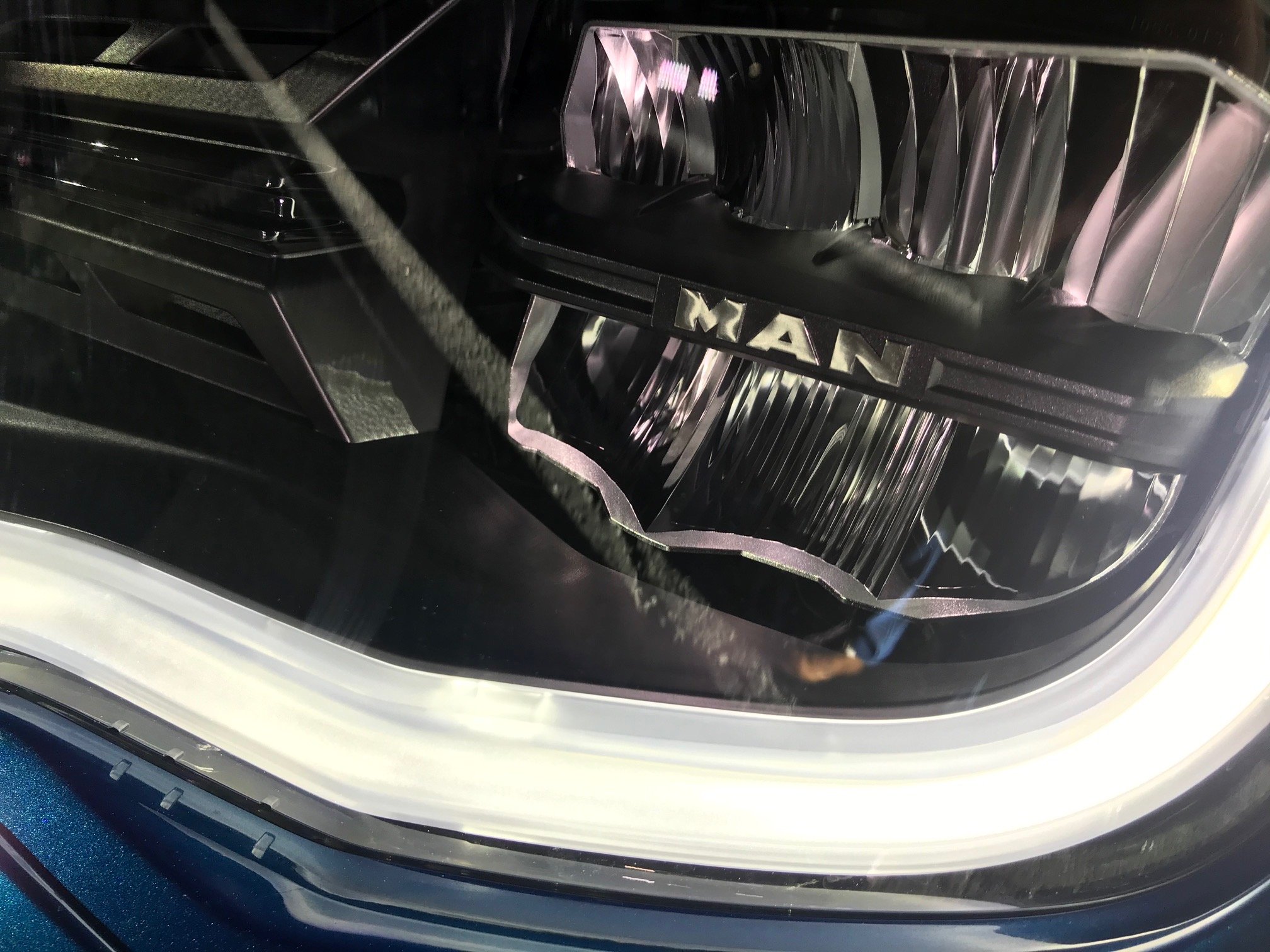 The light and medium tonnage ranges in the new Truck Generation are again covered by the MAN TGL and MAN TGM. There is a choice of four new narrow cabs: short, long, high with a bed, and the crew cab. The crew cab is used in the construction industry and by municipal service providers, as well as by emergency services. With its 4-cylinder version of the D08 engine, the new TGL covers a range from 7.5 to 12 tonnes. If that unit’s 160 to 220 hp power range is not sufficient, the TGL can also be equipped with the 6-cylinder 250 hp D08 engine. That is also the basic power unit for the MAN TGM range, which extends up to a 320 hp 6-cylinder D08.

The tonnage range of the new MAN TGM takes up where the new MAN TGL stops, extending from 12, 15 and 18 tonnes to 26 tonnes gross vehicle weight. While the MAN TGL is available exclusively in 4×2 versions, the MAN TGM also offers 6×2, 6×4 and 4×4 wheel configurations, which makes it attractive not only for medium-heavy overland distribution transport and urban logistics but also for many applications in construction, municipal services and fire-fighting.

The new MAN truck generation – the project in numbers

The introduction of the new MAN truck generation is the most ambitious project from the company in 20 years:

PICTURE OF THE WEEK – IKEA packs its lot with BYD...