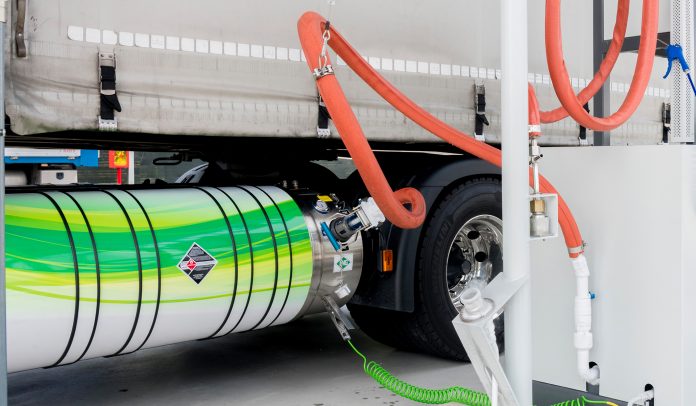 The need to upgrade ships in line with new environmental rules represents a billion-dollar dilemma for the industry as it faces a range of commercial and technical risk factors that will determine whether retrofits for alternative fuels will be worth the investment.

It is estimated that investments of as much as $182 billion will be required on ship machinery and onboard storage for ships to run on low-carbon fuels, both for retrofits and newbuilds, between 2030 and 2050 in order to halve greenhouse gas emissions from global shipping, according to a study by consultancy UMAS and the Energy Transitions Commission for the Getting to Zero Coalition.

This is about 13% of estimated cumulative investments over the same period of up to $1.4 trillion, of which the remainder would be required for land-based infrastructure and production facilities for low-carbon fuels.

Doing nothing is not a real option for shipowners, but it would also be foolhardy to throw money at the problem without knowledge of the most optimal alternative fuel that can secure their fleets for the long haul and ensure payback under a green shipping regime.

A multitude of fuel options are now on the industry’s radar screen to replace more pollutive fossil fuels such as heavy fuel oil (HFO), very low-sulphur fuel oil (VLSFO) and marine gas oil (MGO) currently used by much of the global fleet.

Among these are low-carbon liquefied natural gas (LNG), as well as carbon-neutral fuels including ammonia, methanol and hydrogen produced from sustainable sources such as biomass, to give biofuels, and renewable electricity, to give electrofuels.

Price must be right

These alternative fuels are all at different stages of maturity in terms of availability, cost and performance, with carbon-neutral fuels mostly still at a relatively early stage of development.

In determining which fuel is most economically viable, shipowners must consider the fuel price and cost of implementing it onboard vessels through retrofits to adapt engine systems and provide onboard storage.

In addition, the fuel must have sufficient energy content, or calorific value, to power a large vessel such as a VLCC. It must also be available and abundant, as well as technically feasible and safe for storage onboard.

Planning for fuel flexibility will be a key consideration in upgrading the fleet to ensure it remains competitive as regulations tighten in future and carbon-neutral fuels become available, given an average vessel lifetime of around 20 years.

Aside from other fossil fuels, LNG already satisfies these criteria given there are abundant natural gas reserves of around 7177 trillion cubic feet – more than 700 times the size of proven oil reserves. There is also an existing bunkering network for this fuel, which is presently available in at least 93 ports, while price-wise LNG can be cheaper than both VLSFO and HFO in certain periods and regions, according to a study by consultancy Ocean Dynamex.

LNG has a much lower emissions footprint than other fossil fuels as it emits zero SOx and negligible amounts of particulate matter and NOx, cutting emissions by between 20% and 30%.

There has been concern over methane slip from gas-fuelled engines, whereby unburned methane gas can escape at the exhaust into the atmosphere, but this type of leakage has been drastically reduced with modern high-pressure engines.

Gas is a much cleaner fuel with excellent combustion and no need for fuel heating, offering technical benefits such as no sludge and less wear-and-tear on engine parts, thereby cutting maintenance costs.

Furthermore, LNG has sufficient energy content, or calorific value, to power vessels and is technically feasible to carry onboard ships, while LNG fuel systems can be easily adapted for carbon-neutral drop-in fuels such as bio-LNG and synthetic LNG to make this a sustainable solution also in the longer term.

A DNV case study showed the use of a dual-fuel LNG engine on a Panamax bulk carrier was the most commercially robust solution compared with other alternative fuel technologies due to cost, reduced tank-to-wake emissions and flexibility in regard to future decarbonisation options.

Consequently, DNV sees a significant part of the global fleet adopting LNG as fuel towards 2040, with carbon-neutral fuels gaining ground around mid-century.

LNG is seen as an important transition fuel towards a net-zero future and such retrofits of existing vessels can be implemented with minimal modifications to the engine system and hull structure, according to Newport Shipping managing director Lianghui Xia.

“LNG is presently the most expedient and practical solution for the industry to meet immediate emissions targets, as the perfect solution may not be available for some years,” he says.

The UK-based ship repair and retrofitting group has now gained a key approval-in-principle from DNV for its unique low-cost LNG retrofit concept for VLCCs and Capesize bulkers as it targets this emerging market.

But Xia believes collective action is also needed to facilitate the shift to LNG through measures such as tax incentives for such conversions, wider bunkering access, and lower production and delivery costs for the fuel from energy companies.

“Apart from agreeing on the optimum fuel option, the speed of implementation of the environmental agenda will be governed by financial metrics,” he says.