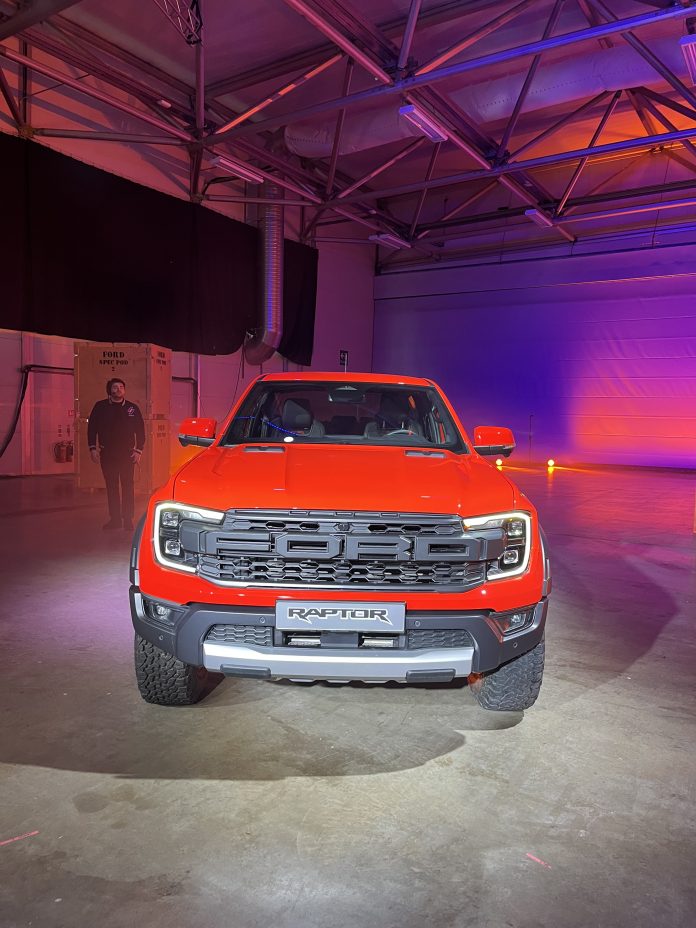 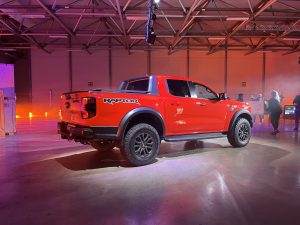 If the makers of the King Kong movies were follow on the series, then the new generation Ford Ranger Raptor would be an excellent supporting actor. From what we’ve seen at the launch event at Farnborough airport, the new Raptor is eager to go and transverse the extreme terrains even more. When watching the premiere video, with the Raptor wrapped in chains, broke out from an about to land plane, it was like King Kong breaking free! But the Raptor is no monster. While it sports a powerful appearance with strong stance, it can be easily tamed.

Raptor II adds to the pages of the next chapter in the best selling Ford Ranger story. It’s development follows on from the recent launch of the Ranger Wildtrak and once again builds on the adventurous spirit created by the Ford Performance team.

Despite the fact that there are fewer players in the pick-up marketplace nowadays, sales across Europe are on the rise with Ford dominating this segment achieving a 40% market share with the Ranger line up. Within that category, one in seven Ranger buyers chose the Raptor as their pick-up of choice.

And while we anxiously await the arrival of both model ranges, Ford Europe revealed some details on the specifications engineered for the new Raptor at the special event which includes upgraded chassis and suspension along with the introduction of a new 3.0-litre EcoBoost V6 twin-turbo petrol engine with 288PS /491Nm, which joins the new 3.0-litre diesel as per the new Ranger.

A totally new body shell, a new interior design and new seats together with added convenience fittings to further enhance the Raptor’s reputation. Inside, the dash area has been transformed with portrait style touchscreen with the latest Ford SYNC multimedia technology on board. 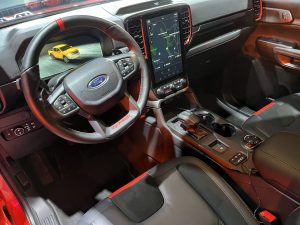 From the Australian based design and engineering team, Dave Burn stated that the   Raptor is the ultimate pick-up truck, lending to an emotive purchase and ownership, from its design, appearance, performance and sound.

“Raptor continues its fun to drive character”, and he mentioned that this three year project was undertaken by the whole team with great excitement.

David DeWitt said that the development team had at first define the Raptor’s capabilities, based on customer feedback and from its own ongoing test programmes.

“New Raptor has been to the gym and beefed up,” he said.

New Ranger Raptor breaks free!While the Raptor’s drivetrain has been added to, the payload and towing capacity remains unchanged.

One notable design aspect from the new beefier body styling that differs from the new Ranger is that the new rear side step is absent. This is due to the bigger rear suspension and double exhaust fittings.

Justin Capicchiano enthused about the even better off-road capability of the new Raptor and explained about the significance of the various traction settings, such as; normal, sport, slippery, rock, mud/ruts, sand and Baja, all waiting to be explored by eager owners. They will not have to wait too long as it will be on sale by this summer, at least six months ahead of the standard Ranger launch timings.

Ranger Raptor will be made in Thailand with the Ranger being manufactured in South Africa.

“Living the Ranger Life,” – With the Next Generation Ford Ranger,...