The Coach Tourism & Transport Council of Ireland (CTTC), has stated that the new insurance guidelines do not go far enough. They will do nothing to stop fraudulent claims or drive down insurance premiums, according the Association.

New Judicial Guidelines were published recently which are set to control the amount of damages awarded for personal injury insurance claims and as a consequence the cost of insurance premiums. 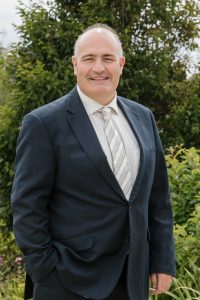 John Halpenny, Chairman of the CTTC, commented on the issue: “These new guidelines do not go far enough and certainly are not ambitious enough in their scope. While it is expected that damages for minor, fully-recovered injuries will reduce by just over 50% this does little to deter fraudulent claims and as a result little will change in terms of premium costs.”

“As a member of the Alliance for Insurance Reform, we had called for an 80% reduction in awards. This would have brought us in line with England and Wales and would have helped drive insurance costs down to affordable levels for our members and the general public. As a result of this failure we remain an outlier in Europe with some of the most expensive insurance costs.”

“This issue has even greater significance for coach and tour operators following the devastation the industry has faced due to Covid-19. The cost and availability of insurance remains an existential threat to viable businesses right across Ireland.”

“Unfortunately, the Judicial Council has chosen not take the badly-needed corrective action to reduce costs. Although we welcome the Cabinet’s approval of plans by the Minister of Justice to implement the new guidelines by April, we need government to step in to reduce personal injury claims by 80%. In the meantime, we are calling on insurers to outline very clearly how they intend to reduce premiums to reflect the new guidelines.”