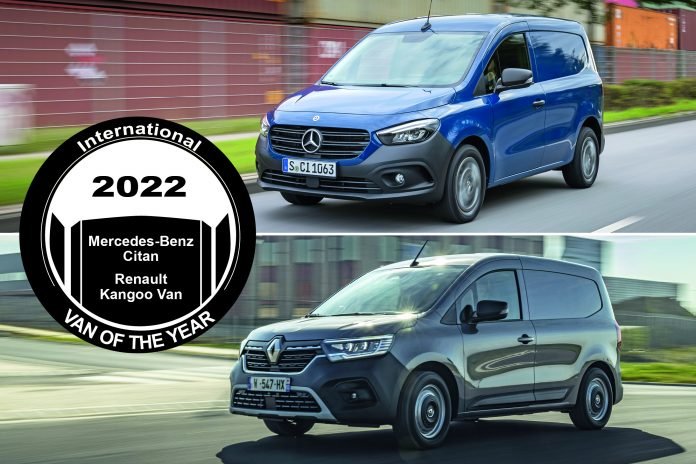 Lyon, France. At Solutrans 2021, the new Renault Kangoo Van and Mercedes-Benz Citan were announced as joint winners of the International Van of the Year 2022 (IVOTY). The presentation of this prestigious award was made at the Solutrans Diner de Gala on 17 November, attended by 900 guests at EurExpo Hall 2.2.

As the International Van of the Year marked its 30th anniversary at the event, it was coincidently, the fourth occasion for Renault and Mercedes-Benz to be bestowed with this title. The 5th generation Volkswagen Caddy finished runner-up with the Stellantis small electric vans along with the Toyota Proace City Electric third. 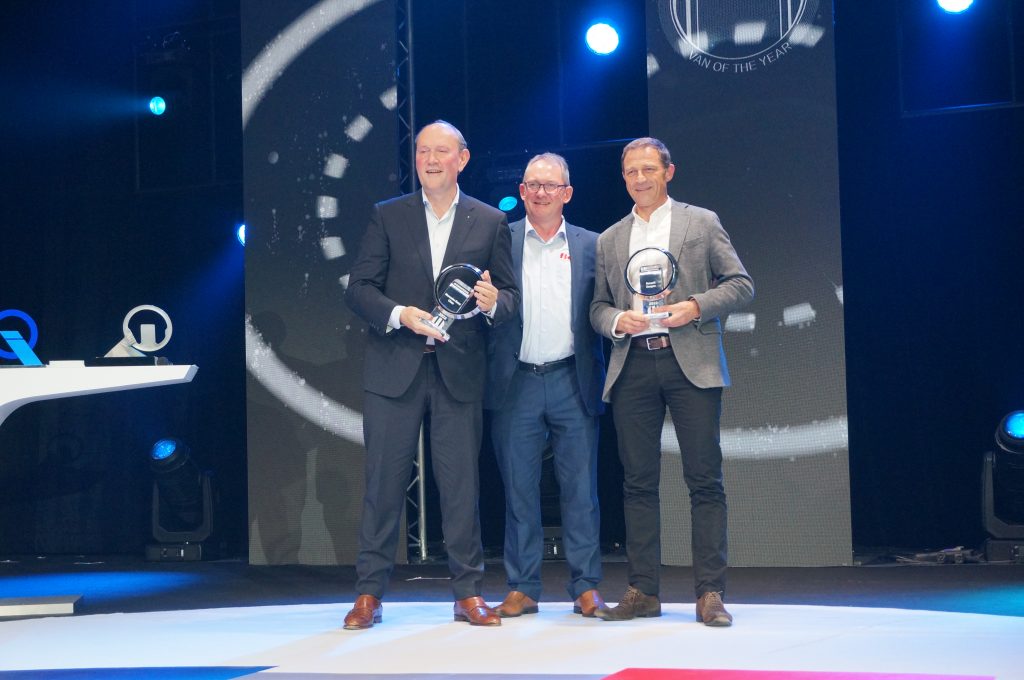 “As the award programme enters its fourth decade, the philosophy and objectives remain unchanged, despite the high level of technology and innovation being achieved by manufacturers and also in meeting market trends. The main criteria for the International Van of the Year Award is the vehicles’ contribution to the efficiency, safety, sustainability and environmental standards of the light commercial vehicle sector. For the IVOTY 2022 award, the candidates included traditional diesel-powered vans and selection of electric (BEV) variants. Initially, there were fourteen new vans that were recently launched by eleven light commercial manufacturers for the pan-European IVOTY jury to elect one overall winner,” explained Jarlath Sweeney, Chairman IVOTY.

Upon appraising the new Kangoo and Citan, the jury heard about the multi-year collaborative project between the French and German automotive companies, with each brand bringing their own DNA and thereby unique features to the joint development programme, resulting in two vehicles with distinct characteristics. Such as the ‘Open Sesame’ doors in the Renault Kangoo and the inclusion of the Mercedes-Benz infotainment system MBUX and other safety aids on the Citan.

Commenting on receiving the award, Marcus Breitschwerdt, Head of Mercedes-Benz Vans said: “We are delighted that our new Mercedes-Benz Citan has been awarded the International Van of the Year Award 2022. The Citan was entirely redeveloped by professionals for professionals and perfectly complements our existing Mercedes-Benz Vans portfolio. Both the panel van and the Tourer offer our customers a wide range of possible uses and a high degree of functionality – with extremely high driving comfort and the proven Mercedes-Benz safety standards. As a true Mercedes-Benz, it completes our vans family. A big thank you for this great award to the International Van of the Year jury!”

Mark Sutcliffe, SVP, LCV Business Unit, Renault Group, was delighted with the award and said: “I would like to thank the entire IVOTY jury for having elected new Renault Kangoo Van “International Van of The Year 2022”. This award is a source of great pride for our teams. It rewards their efforts in designing and manufacturing a van to the highest quality standards and whose innovations, unique on the market, have been designed to enhance the daily life of our professional customers. This prestigious award is the latest recognition of Renault’s innovation and leadership in the Light Commercial Vehicle segment dating back more than 120 years.”