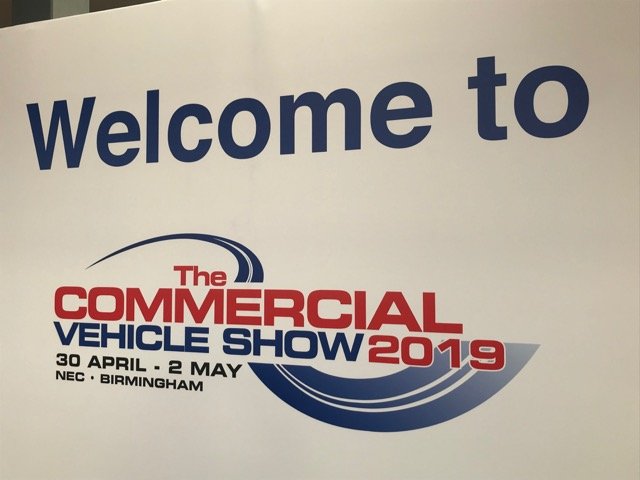 The Commercial Vehicle Show 2019 which took place at the NEC in Birmingham last week which sold out for the fifth year running raised many questions from industry decision-makers and the commercial vehicle media, regarding the future of this event and trade shows in general.

The three day event held within three halls hosted 400 stands and some exterior displays played host to an array of major international product launches, mainly from the Van sector, these included the unveiling of the new British-built Vauxhall/Opel Vivaro, a raft of new electric models such as the LDV EV30, Peugeot Boxer and Citroën Relay Electrics, plus two new variants of the award-winning Isuzu D-Max Pick-up, and the high performance Ford Ranger Raptor. And that was it apart from the tranche of telematics and in-vehicle camera specialist providers. The dedicated and regularly attending media had just a handful of press conferences to attend unlike years past where there was two days’ activity in this regard. MAN Truck & Bus exhibited its CiTe Electric distribution truck, which was originally premiered at the IAA CV Show in Germany last September. DAF Trucks had the CF Electric on exhibit from one of its Dutch customers.

Stand exhibitors reported that visitor footfall was down, particularly on Day 1 (Tuesday) and Day 3 (Thursday) and the overall atmosphere was dampened by the shadow of Brexit. As one commercial vehicle executive put it: “Brexit is playing havoc with business here,” adding further that “I think all shows are on the way out – Geneva was a ghost town this year as many of the top brands shieded away, which was a similar situation at the Paris Show last Autumn. Realistically, trade events like the CV Show should be held at least every two years in-line with the main commercial vehicle exhibitions across Europe.” In the digital age that we now live in, the internet is fast becoming the trade and motorshow platform as consumers choose the time and place to gain this information at their convenience.

Only two trucks brands were present alongside a number of bespoke trailer manufacturers (with Europe’s top four brands absent), an ongoing trend which added to the disappointment of the many Irish based road transport owners and fleet operators that travel over year on year, since the show began almost twenty years ago. Then there is the exorbitant costs of booking a stand and auxiliaries at the NEC, which is the initial cost as stand staff have to be accommodated nearby and show visitors welcomed with refreshments etc.

On the ground at the NEC, there was lots of talk about the new ITT Hub event to be held at the Farnborough International Conference Centre, South West of London from 13-14 May 2020, that aims to deliver solutions that meet the demands of air quality, finite road space and energy efficiency, bringing together a broad range of leading suppliers, users and enablers of low carbon and alternative powered vehicles – to include a test drive programme. On-site charging is to be made available for all electric vehicles using the demonstration area of the exhibition. A number of truck brands have signed up already, we hear.

And so the powers that be at the three main organisations that are behind the CV Show – RHA, SMMT & IRTE are no doubt looking over their collective shoulders to see what is happening in Hampshire over the next number of months. It could lead to a change of direction, or a total revamp rather than having “a bit of everything and a lot of nothing”, as one experienced journalist put it.