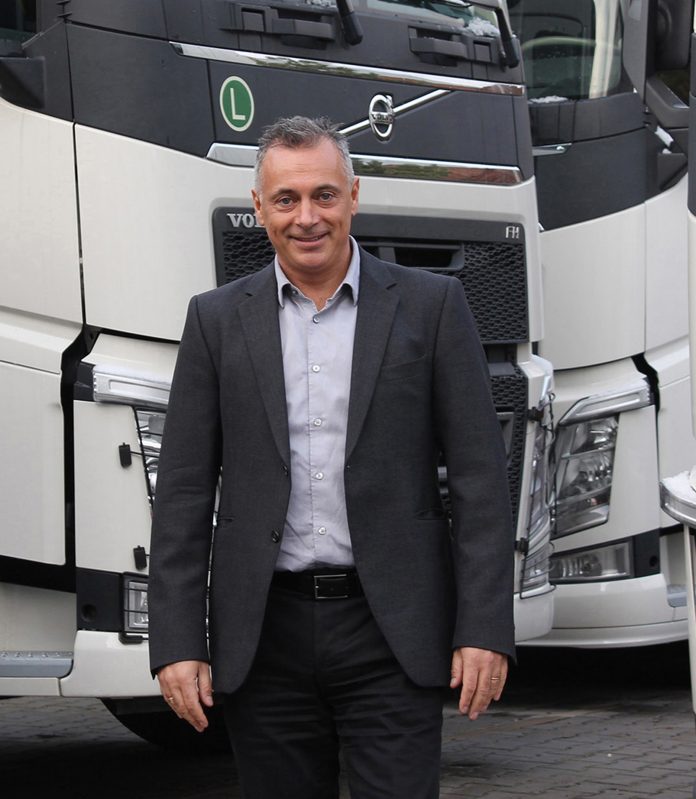 JS: What was your perception initially of the Irish market and subsequently after visiting the Irish dealers and customers?

RG: First of all moving to the UK in January, and then coming over to Ireland for my first visit to the country, I knew very little, and didn’t know what to expect. I’ve been with dealers all around Europe and coming here was very positive. I found the management and owners of the dealerships to be dedicated and passionate people about the business, with good facilities, with high standards. Being a rather small market, I was surprised at the density of the network, covering all the main areas well, better than other similar sized countries. I think we have a really good footprint with knowledgeable people which is visible in their performance, with strong marketshare, performing well, with high customer satisfaction. So, I must say it’s a positive feeling. I also like that the customer mix here is more family oriented, sharing the same kind of values and hard working people.

JS: Is there anything you see that may need to be changed, even before the truck product line is revised next year?

RG: Obviously the progress plan is to continue to be the carrier of everything we do, that has always been there, the base for everything we do. Let’s see if we have some updates in our offering.

JS: In reflecting back on 2012 with the new FH series, the production and launch was

delayed primarily to get it right. So with regard to the current FH, which is your primary seller, do you feel that it has met customer expectations? There has been a lot of technical upgrades in recent years, and are they leading into the new models that are coming?

RG: With the big launch back then, they brought in so many changes at one moment, I think this will never happen again. It’s both dangerous and extreme to feature all the novelties at one go. As you say yourself Volvo is now launching things in small steps – and I think it’s safer, in fact. But nevertheless, when we come with some news, it should be reasonable.

JS: But with the new ranges coming, do you see more standardisation of your technology upgrades like dual clutch, I-See and the I-Safe, launched initially as optional extras, and will they be more affordable?

RG: They all start as options, but when that option then becomes 70 or 80% of what we sell, then obviously it’s becoming standardised. The I-Shift gearbox is a typical example, when it came in 2002, the ambition was to sell 15-20%, we sold 30-40% from the beginning and this has continued to grow. Within a couple of years, it became standard. We see that I-Safe is becoming that and now I-Shift with I-See is more or less in every long haul truck.

JS: But these innovations fitted can also suit the used truck buyer, after its first life?

RG: Making such considerations for customers sometimes suits both of us, if it’s a contract hire for instance, we will have the vehicle back, so maybe it’s good to have that.

JS: As you know quite a lot of the Irish transport firms run international operations, do you see that there will be interest in the XXL cab introduced recently?

RG: I don’t think it will be a big seller anywhere on this side of Europe, it could in Scandinavia, where the length restrictions are different. Typically in international transportation with this size of cab, there is too much loading capacity lost – but it’s a flagship, who knows, maybe with special kind of bulk transportation – it can be a nice option.

JS: With regard to alternative drivetrains, Volvo Trucks has spent a lot on R&D in the last decade, particularly with biofuels, such as LNG, and with electric vehicles. Do you see an opportunity for hydrogen in due course as well?

RG: It’s very interesting, as I have heard the word hydrogen more frequently in the past six months than I’ve done ever before, both from the media and customers but also internally in Volvo. I have honestly no clue where we are in any development in that sense – surely there are some investigations being done, so I think we can’t exclude anything at this stage, since there is no clear winner in this race and probably there will be many different technologies depending on the application. It seems quite clear that electric will have a role in urban distribution and gas will have a role in long haul. Where will hydrogen then fit? I think as every big manufacturer, we can’t exclude anything because we might risk being left behind.

JS: So electric and gas are going more shorter to medium term?

RG: They are the most realistic to be going into serious production within 5/6 years. By 2025 we’ll have to have electric in certain applications. By then also, there will be a more structured and developed infrastructure for gas.

JS: What’s your strategy to deal with the competition – when a bright new shiny product comes in, with a totally new cab, new drivetrain, innovative electronics etc.

RG: Th e FH and the FL/FE are not that old, but of course, some of our competitors have newer products. So, to deal with that we needed to improve on fuel economy and so far our developments in this regard has given us great results. We are now cashing in on this and maybe even be ahead of the race when it comes to fuel economy and that is crucial in transportation. Having that in place and getting some other product issues right, I think we have improved our offering. Then there are initiatives on how to sell more with dedicated campaigns, special editions and we will have more novelties coming as well going forward.