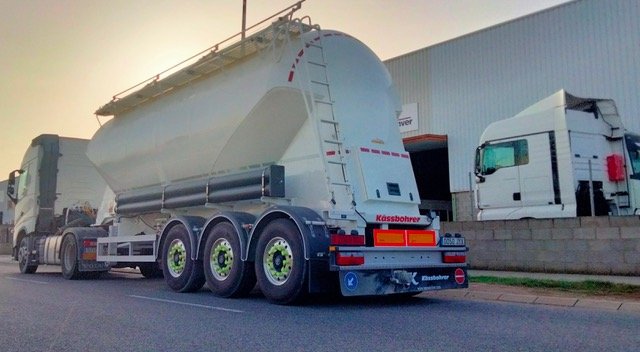 Since the report in May the threat posed by Covid-19 has declined but the war in Ukraine and the cost of energy plus general price inflation have replaced the virus as the principal threats to growth in trailer demand. In addition, the coming winter may lead to increases in influenza and covid cases, according to Gary Beecroft, Director of CLEAR International, who commented: “Economic forecasts for countries in Western Europe have already taken a hit. As a result the forecasts for trailer demand in 2023 and subsequent years have been scaled back by over 4,000 units.  In contrast, the outlook for 2022 has improved as the year progressed, with West European trailer demand remaining somewhat insulated from the impact of the war in Ukraine. Economic forecasts for 2023 have been downgraded in every country.  This is the most significant change since the last forecast in May, though the impact on the 2024-26 period will be less pronounced.”

CLEAR envisages 6.7% growth of trailer demand in 2022. Considering the issues faced by the industry this is would be a reasonable outcome. However, a significant fall in demand is assured in 2023, dropping trailer demand below the level of 2021. Subsequent growth in the forecast period will eventually bring the sales level back to that of 2019, but not until 2025.

“Production of trailers was at the third highest level on record in 2018 (though well short of the 2007 figure). The total fall in registrations from 2018 to 2020 was 23% and the fall in production was 32%, partly due to a large fall in German trailer exports. There will be a decline in exports of trailers to Eastern Europe affecting 2022 and 2023 as well. This will have a disproportionate impact on German trailer builders who are the largest exporters. During the forecast period production will recover to the level of 2019. The trailer parc (fleet size) grew by only 0.3% in 2020. It will grow by 1.2% on average in the three years that follow. The West European trade in goods during 2021 gave another surprise. Trade was down only 3% in 2020q4 (measured in €uros). This was despite difficulties in moving goods between the UK and the EU as a result of Brexit. For the year 2020 trade was down 10%. However, trade in 2021q4 set a new record as did the figures for 2022q3, when there was a surprisingly large jump leading to an increase of 27% year on year – possibly related to the cost of gas imports,” he added.

The forecast period from 2022 to 2026 will be a time of declining replacement demand for trailers as a result of low trailer registrations in the 2009 to 2014 period. Therefore, the forecast growth in trailer demand will call for significant levels of investment in new trailers over and above the replacement level.

The report outlines when, where and how quickly the trailer market will develop through to 2026.