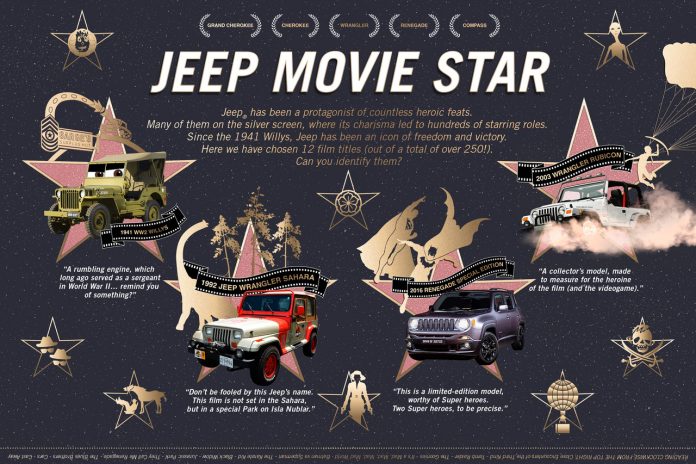 Jeep is one of the most popular and recognisable vehicles in the world, so it’s no surprise that it has been featured on the big screen consistently and for many years. Considering the Willy’s usage in WWII – when it became a symbol of freedom, Jeep has become a favourite of movie makers.  Jeep models have been featured as the vehicles of iconic female movie stars, running away from dinosaurs, transporting super heroes and interacting with fellow animated vehicles.

To mark the occasion of the Oscar ceremony, we’ve taken the opportunity to pay tribute to the career of the Jeep brand in the movies.